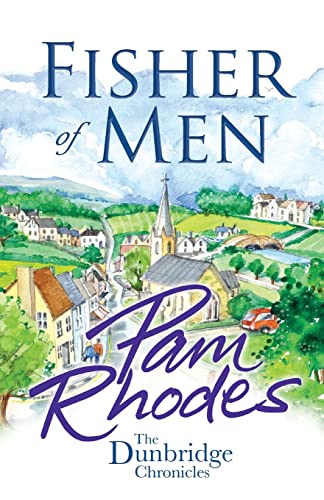 Fisher of Men
by Pam Rhodes

Fisher of Men by Pam Rhodes

Neil Fisher's first trip to Dunbridge was not a success. Having inadvertently locked himself in St Stephen's Church for hours (and succumbing to the communion wine and wafers for dinner) it seemed miraculous they gave him the curate's job! On arrival in the small town of Dunbridge it quickly becomes clear that life is not going to be tranquil for the eligible new bachelor, as four formidable women are determined to make their presence felt. There is his mother, Iris, still questioning his choice of career; his rector, the no-nonsense Margaret, who is not one for taking prisoners; Claire, his new neighbour, whom he's already managed to offend. And then there is Wendy, the beautiful leading light of the church music group, who has her own plans for Neil: It can only end in trouble.

Pam Rhodes is known around the world as the presenter of BBC Television's Songs of Praise and her popular Hearts and Hymns programme on Premier Christian Radio. She describes herself as an 'anorak' in her fascination for hymns old and new, and her books on hymn-writers, like Love So Amazing, Then Sings My Soul and Hear My Song are essentials in many a church vestry! A natural storyteller with 25 varied books under her belt, Pam is perhaps best known for her novels packed with down-to-earth characters and situations that inspire and entertain.

GOR004838355
Fisher of Men by Pam Rhodes
Pam Rhodes
The Dunbridge Chronicles
Used - Very Good
Paperback
Lion Hudson Plc
2013-03-22
256
1782640002
9781782640004
N/A
Book picture is for illustrative purposes only, actual binding, cover or edition may vary.
This is a used book - there is no escaping the fact it has been read by someone else and it will show signs of wear and previous use. Overall we expect it to be in very good condition, but if you are not entirely satisfied please get in touch with us.