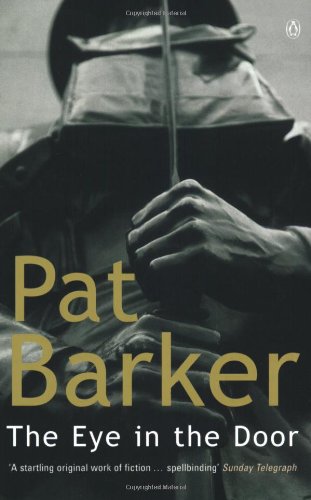 The Eye in the Door
by Pat Barker

In Stock
£3.99
Examines the effects of war. This book features the interwoven stories of Dr William Rivers, Billy Prior, and Siegfried Sassoon.
Like New Very Good Good
Only 1 left

The Eye in the Door Summary

The Eye in the Door by Pat Barker

Set in London in 1918, `The Eye in the Door' is an intense and profoundly intelligent examination of the effects of war, continuing the interwoven stories of Dr William Rivers, Billy Prior, and Siegfried Sassoon begun in `Regeneration'.

`The Eye in the Door' was awarded the 1993 Guardian Fiction Prize, while the final volume in the `Regeneration' trilogy, `The Ghost Road', won the Booker Prize in 1995.

Writing in the Sunday Times, Peter Kemp said, `In the climate of exhaustion and hysteria amid which the war is wearing to its close, pressures to fall into line become fierce and take ugly forms. At the forefront of her story, Barker places figures especially menaced by this: pacifists, conscientious objectors and homosexuals ... a sequel every bit as unwaveringly intense and intelligent as its predecessor'.

GOR010337992
The Eye in the Door by Pat Barker
Pat Barker
Regeneration
Used - Like New
Paperback
Penguin Books Ltd
1994-08-25
288
0140168788
9780140168785
Winner of Guardian Fiction Prize 1993
Book picture is for illustrative purposes only, actual binding, cover or edition may vary.
The book has been read, but looks new. The book cover has no visible wear, and the dust jacket is included if applicable. No missing or damaged pages, no tears, possible very minimal creasing, no underlining or highlighting of text, and no writing in the margins.