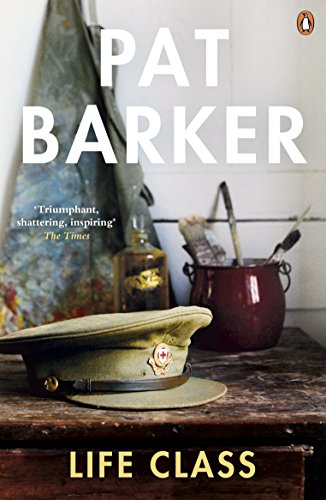 Out of Stock
Spring, 1914. The students at the Slade School of Art gather in Henry Tonks' studio for his life-drawing class. When war breaks out and the army won't take Paul, he enlists in the Belgian Red Cross. Amidst the devastation in Ypres, Paul comes to see the world anew - but have his experiences changed him completely?
Very Good New£8.99
Only 0 left

The first novel in Pat Barker's acclaimed 'Life Class' trilogy - an unforgettable story of art and war, from one of our greatest writers on war and the human heart

'Barker writes as brilliantly as ever... With great tenderness and insight she conveys a wartime world turned upside down' Independent on Sunday

Spring, 1914. The students at the Slade School of Art gather in Henry Tonks's studio for his life-drawing class. But for Paul Tarrant the class is troubling, underscoring his own uncertainty about making a mark on the world. When war breaks out and the army won't take Paul, he enlists in the Belgian Red Cross just as he and fellow student Elinor Brooke admit their feelings for one another. Amidst the devastation in Ypres, Paul comes to see the world anew - but have his experiences changed him completely?

Pat Barker was born in Yorkshire and began her literary career in her forties, when she took a short writing course taught by Angela Carter. Encouraged by Carter to continue writing and exploring the lives of working class women, she sent her fiction out to publishers. Thirty-five years later, she has published sixteen novels, including her masterful Regeneration Trilogy, been made a CBE for services to literature, and won awards including the Guardian Fiction Prize and the UK's highest literary honour, the Booker Prize.

Her last novel, The Silence of the Girls, began the story of Briseis, the forgotten woman at the heart of one of the most famous war stories ever told. It was shortlisted for the Women's Prize for Fiction and the Gordon Burn Prize, and won an Independent Bookshop Award 2019. The Women of Troy continues that story. Pat Barker lives in Durham.

GOR000523313
Life Class by Pat Barker
Pat Barker
Penguin Essentials
Used - Very Good
Paperback
Penguin Books Ltd
2008-08-07
256
0141019476
9780141019475
N/A
Book picture is for illustrative purposes only, actual binding, cover or edition may vary.
This is a used book - there is no escaping the fact it has been read by someone else and it will show signs of wear and previous use. Overall we expect it to be in very good condition, but if you are not entirely satisfied please get in touch with us.