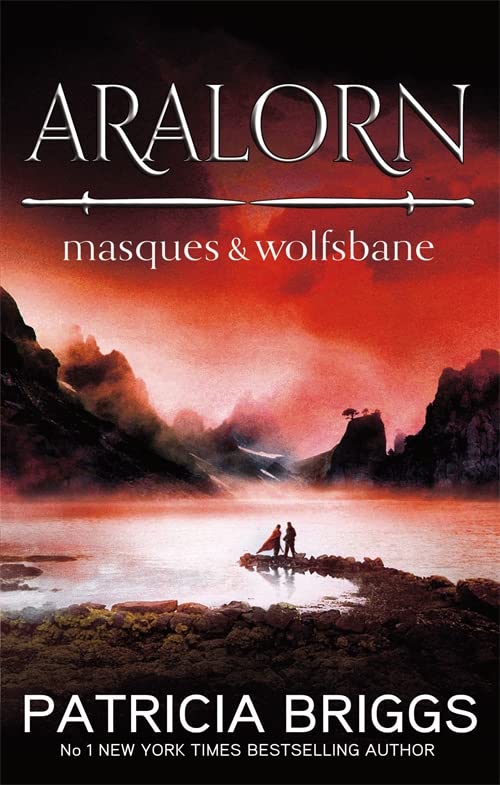 In Stock
£6.99
A breathtaking epic fantasy adventure from the bestselling Patricia Briggs, author of the Mercy Thompson novels
Very Good
Only 1 left

A breathtaking epic fantasy adventure from the bestselling Patricia Briggs, author of the Mercy Thompson novels.

After an upbringing of proper behaviour and oppressive expectations, Aralorn fled her noble birthright for a life of adventure as a mercenary spy. But her latest mission involves more peril than she ever imagined.

Agents of Sianim have asked her to gather intelligence on the increasingly popular and powerful sorcerer Geoffrey ae'Magi. Soon Aralorn comes to see past the man's striking charisma - and into a soul as corrupt and black as endless night. And few have the will to resist the sinister might of the ae'Magi and his minions.

So Aralorn, aided by her enigmatic companion, Wolf, joins the rebellion against the ae'Magi. But in a war against a foe armed with the power of illusion, how do you know who the true enemy is - or where he will strike next?

This omnibus edition contains the two titles MASQUES and WOLFSBANE.

Patricia Briggs graduated from Montana State University with degrees in history and German. She worked for a while as a substitute teacher but now writes full-time. Patricia Briggs lives in the Pacific Northwest.

GOR004694640
Aralorn: Masques and Wolfsbane by Patricia Briggs
Patricia Briggs
Used - Very Good
Paperback
Little, Brown Book Group
2012-10-04
608
0356501647
9780356501642
N/A
Book picture is for illustrative purposes only, actual binding, cover or edition may vary.
This is a used book - there is no escaping the fact it has been read by someone else and it will show signs of wear and previous use. Overall we expect it to be in very good condition, but if you are not entirely satisfied please get in touch with us.