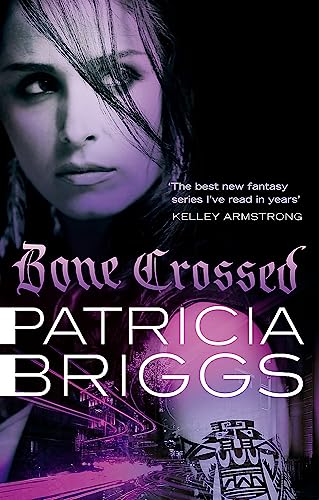 Used Price
£5.49
New RRP £8.99
Free Shipping in the UK
The fourth in the high-tension supernatural series that is taking the US by storm.
Reviews:
Trustpilot
Very Good Well Read

The fourth novel in the international No. 1 bestselling Mercy Thompson series - the major urban fantasy hit of the decade

'I love these books!' Charlaine Harris

Car mechanic and sometime shapeshifter Mercy Thompson has learned, the hard way, why her race was almost exterminated. When European vampires immigrated to North America, they found Mercy's people had a hidden talent - for vampire slaying. Unfortunately for Mercy, the queen of the local vampire seethe has discovered her true identity.

She's also furious when she learns Mercy has crossed her and killed one of her vampires. Mercy may be protected from direct reprisals by the werewolf pack (and her interesting relationship with its Alpha), but that just means Marsilia will come after Mercy some other way. So Mercy had better prepare to watch her back.

'Plenty of twists and turns . . . Kept me entertained from its deceptively innocent beginning to its can't-put-it-down end' Kim Harrison, bestselling author of Dead Witch Walking

'I enjoyed every minute of it. I love Mercy and can't wait for her to kick some more ass' Lilith Saintcrow

Shifting Shadows (Stories from the world of Mercy Thompson)

Patricia Briggs graduated from Montana State University with degrees in history and German. She worked for a while as a substitute teacher but now writes full time. Patricia Briggs lives in the Pacific Northwest.

GOR003028537
Bone Crossed: Mercy Thompson: Book 4 by Patricia Briggs
Patricia Briggs
Mercy Thompson
Used - Very Good
Paperback
Little, Brown Book Group
2011-06-02
320
0356500616
9780356500614
N/A
Book picture is for illustrative purposes only, actual binding, cover or edition may vary.
This is a used book - there is no escaping the fact it has been read by someone else and it will show signs of wear and previous use. Overall we expect it to be in very good condition, but if you are not entirely satisfied please get in touch with us.