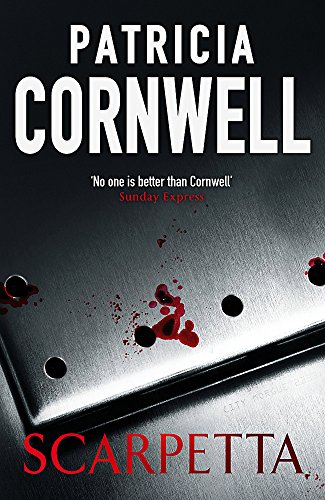 In Stock
£4.49
Twenty years after creating Kay Scarpetta, Patricia Cornwell has written her most extraordinary novel yet
Like New Very Good
Only 3 left

Leaving behind her forensic pathology practice in South Carolina, Kay Scarpetta takes up an assignment in New York City, where the NYPD has asked her to examine an injured patient in a psychiatric ward.

The handcuffed and chained patient, Oscar Bane, has specifically asked for her, and when she literally has her gloved hands on him, he begins to talk - and the story he has to tell turns out to be one of the most bizarre she has ever heard.

He says his injuries were sustained in the course of a murder ... that he did not commit. Is Bane a criminally insane stalker who has fixed on Scarpetta? Or is his paranoid tale true, and it is he who is being spied on, followed and stalked by the actual killer? The only thing Scarpetta knows for certain is that a woman has been tortured and murdered - and that more violent deaths will follow...

'Cornwell still does it better than anyone else' Daily Mail 'Cornwell's books run on high octane fuel, a cocktail of adrenalin and fear' The Times

GOR010459064
Scarpetta by Patricia Cornwell
Patricia Cornwell
Kay Scarpetta
Used - Like New
Hardback
Little, Brown & Company
2008-10-21
512
0316733148
9780316733144
N/A
Book picture is for illustrative purposes only, actual binding, cover or edition may vary.
The book has been read, but looks new. The book cover has no visible wear, and the dust jacket is included if applicable. No missing or damaged pages, no tears, possible very minimal creasing, no underlining or highlighting of text, and no writing in the margins.