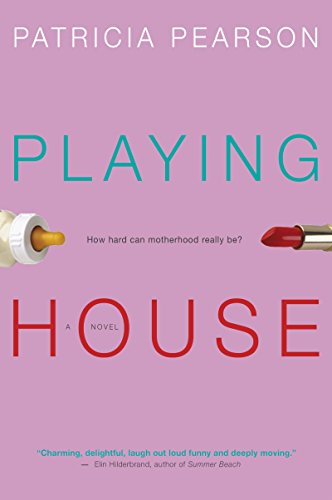 In Stock
£7.99
A fresh new voice in fiction crafts lovable characters in this young, funny tale of husband-hunting, job-hunting, and--toughest of all--apartment-hunting in New York.
Very Good Good
Only 3 left

In 1982, fresh out of college, Barbara Feinman Todd began her career as a copy aide at the Washington Post and was instantly hooked on the smell (cigarettes, newsprint), the noise (yelling editors, the clacking of typewriter keys), and the energy of the newsroom. At the Post, she worked for Bob Woodward, first as his research assistant in the paper's investigative unit and later as his personal researcher for Veil, his bestselling book on the CIA.

A recommendation from Woodward led Feinman Todd to help his Watergate partner Carl Bernstein, who was working on finishing his memoir, Loyalties. She then assisted legendary editor Ben Bradlee on his acclaimed autobiography, A Good Life, and worked with First Lady Hillary Clinton on her bestselling book It Takes a Village. Feinman Todd's involvement with Mrs. Clinton made headlines when the First Lady neglected to acknowledge her role in the creation of the book, and later, when a disclosure to Woodward about the Clinton White House turned up in one of his books. These events haunted Feinman Todd for the next two decades until she confronted her past and discovered something startling.

In her illuminating memoir--a compelling insider's account reminiscent of This Town--Feinman Todd recalls these stories and more, offering a fresh, up-close look at government and journalism at the highest levels. Revealing what it's like to get into the heads and hearts of some of our most compelling and powerful figures, Feinman Todd offers authentic portraits that go beyond the carefully polished public personas she helped them create. At its heart, Pretend I'm Not Here is a funny and poignant story of a young woman in a male-dominated world trying to find her own voice while eloquently speaking for others.

"Hilarious. Pearson's sophisticated storytelling is not only satirical but side-splitting."--Toronto Sun
"A love story for real people--people who understand that "happily ever after" must be taken one day at a time."--Elin Hilderbrand, author of The Beach Club and Nantucket Nights
"Playing House plays the perils of parenthood like a Canuck road movie. It's a trip."--Toronto Star

Patricia Pearson is a member of USA Today's Board of Contributors and a humor columnist for Canada's National Post. She has won several journalism awards, including one for her first book, When She Was Bad. She lives in Toronto with her husband, two children, and Kevin the Dog.

GOR007256580
Playing House by Patricia Pearson
Patricia Pearson
Used - Very Good
Paperback
Unknown
0
0060534370
9780060534370
N/A
Book picture is for illustrative purposes only, actual binding, cover or edition may vary.
This is a used book - there is no escaping the fact it has been read by someone else and it will show signs of wear and previous use. Overall we expect it to be in very good condition, but if you are not entirely satisfied please get in touch with us.