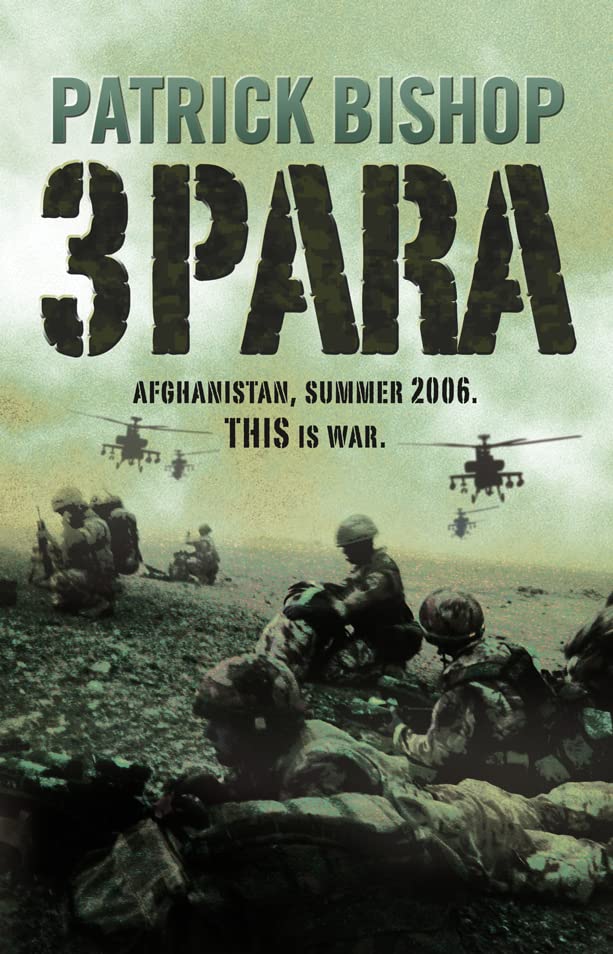 In April 2006, the elite 3 Para battlegroup was despatched to Helmand Province in southern Afghanistan. They were tasked with providing security to reconstruction efforts, a deployment it was hoped would pass off without a shot being fired. In fact, over the six months they were there, the 3 Para battle group saw near continuous combat - one gruelling battle after another - in what would become one of the most extraordinary campaigns ever fought by British troops.

Around parched, dusty outposts reliant on a limited number of helicopters for food and ammunition resupply, troops were subjected to relentless Taliban attacks, as well as energy-sapping 50 degree heat and spartan conditions. At the end of the tour, the Taliban offensive aimed at driving the British and Afghan Government troops out of Helmand had been tactically defeated. But 3 Para paid a high price: fourteen soldiers and one interpreter were killed, and 46 wounded.

`3 Para' will tell the stories of the men and women who took part in this extraordinary and largely unreported saga. Best-selling author Patrick Bishop has been given exclusive access to the soldiers whose tales of courage and endurance provide an unforgettable portrait of one of the world's finest and most fascinating fighting regiments, and a remarkable band of warriors. Their bravery was reflected in the array of gallantry medals that were bestowed on their return, including the Victoria Cross awarded to Corporal Bryan Budd and the George Cross won by Corporal Mark Wright, both of whom were killed winning their awards.

3 Para's saga of comradeship, courage and fortitude is set to become a classic.

`Wonderfully compelling ... a fast-paced story of incredible bravery that at times reads like a thriller.' Christina Lamb, Sunday Times

`Bishop gives a gripping insight into deployment in Afghanistan last year of 3 Para...written with the fluent, rich and engaging fashion typical of the author's as a journalist.' Times

`Patrick Bishop's riveting account of 3 Para's bitter little war is based on extensive interviews with the officers, NCOs and privates who slogged it out with the Taliban day after day...he presents an inspiring story of courage, discipline and...selfless comradeship...the frenzy of close-quarters combat...is captured particularly vividly...fast-paced and absorbing.' Daily Mail

`Thorough and engaging (it) really does put you on the ground with the troops. There is plenty of realistic action together with insight into the day-to-day grind of a modern soldier at war...Bishop's book doesn't just give us the 'bang bang'. It also explores the attributes of courage, camaraderie and duty that still exist in the Army...This book is a tribute to the sheer bravery and determination of 3 Para Battle Group.' Andy McNab, Mail on Sunday

`The best reporting I have read on the war in Afghanistan is in Bishop's "3 Para" a mortar-by-mortar account of the battle group's six months in Helmand province last year.' Observer

`By turns, funny, moving, gripping, furious, insightful and terrifying, 3 PARA is as fine a book as you'll ever read on modern warfare. It was written in haste - it must have been to have been published so soon after the event - yet there is no sloppiness: only vigour, immediacy and intensity, as we learn through thrilling first-hand accounts what it's like to go from combat novice to jaded veteran in a week.' Daily Telegraph

'Vividly written and the several set-pieces make for thrilling reading...Bishop has written a moving tribute to the soldiers of 3 Para.' Daily Express

Patrick Bishop worked a senior correspondent for the Daily Telegraph. He is the author of `The Irish Empire'; the acclaimed book `The Provisional IRA' with Eamonn Mallie; the bestselling `Fighter Boys' ; and most recently `Bomber Boys'. He lives in London.

GOR001042474
3 Para by Patrick Bishop
Patrick Bishop
Used - Very Good
Hardback
HarperCollins Publishers
2007-09-03
320
0007257783
9780007257782
N/A
Book picture is for illustrative purposes only, actual binding, cover or edition may vary.
This is a used book - there is no escaping the fact it has been read by someone else and it will show signs of wear and previous use. Overall we expect it to be in very good condition, but if you are not entirely satisfied please get in touch with us.