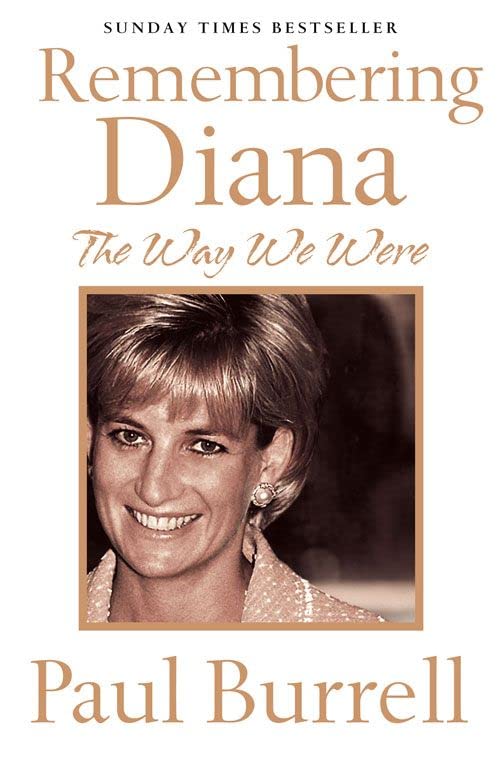 The Way We Were
by Paul Burrell

Paul Burrell pays tribute to Diana, Princess of Wales in this celebration of her life. From the inside, he takes the reader into Kensington Palace and the extraordinary life she led.

The Way We Were Summary

The Way We Were: Remembering Diana by Paul Burrell

Paul Burrell pays tribute to Diana, Princess of Wales in this celebration of her life. From the inside, he takes the reader into Kensington Palace and the extraordinary life she led.

Paul Burrell served Diana, Princess of Wales, as her faithful butler from 1987 until her death in 1997. He was much more than an employee: he was her right-hand man, confidant and friend. She described him as 'the only man she ever trusted.'

In this remarkable and intimate book, Paul Burrell opens the door to Kensington Palace to provide a unique, visual tour. Using previously unseen interior photographs, the reader is led inside the world of Princess Diana - room-by-room, memory-by-memory.

We learn of her Hollywood relationships; the true depth of her happiness with 'The One' - Hasnat Khan; the first-hand account of the interment of her best friend's baby in the grounds of KP illustrating the depths of her compassion; her sisterhood with Sarah Ferguson - and the desperate attempts to heal their rift; and the full story of the ring given to her by Dodi Al Fayed.

He paints a faithful and poignant tribute in remembrance of 'the boss' as the person who shared her private world and knew her best. In this fascinating new account, he allows the reader to feel 'at home with Diana', sharing her inner-most feelings, hopes and philosophies that teach us more about her mind and the way she thought.

The Way We Were reflects, remembers and celebrates the late Diana, Princess of Wales, and captures her vivacity and love of life as we move towards the 10th anniversary of her death in 2007.

Paul Burrell first served Her Majesty the Queen as personal footman from 1976-87 when he moved to Highgrove to become butler to the Prince and Princess of Wales. It was in 1992 that he moved to Kensington Palace at the personal request of Princess Diana.

Following her death, he was honoured by the Queen with the Royal Victorian Medal for his loyalty and service to Diana, Princess of Wales. He then spearheaded a fundraising campaign for her official memorial fund that raised GBP100 million.

Since then, Paul has become a best-selling author and television personality. His earlier book, A Royal Duty, sold two million copies worldwide and was nominated for the Book of the Year 2003.

Paul is married to Maria, and the couple live in Cheshire. They have two sons, Alexander and Nicholas.

GOR001052759
The Way We Were: Remembering Diana by Paul Burrell
Paul Burrell
Used - Very Good
Paperback
HarperCollins Publishers
2007-08-06
304
0007252633
9780007252633
N/A
Book picture is for illustrative purposes only, actual binding, cover or edition may vary.
This is a used book - there is no escaping the fact it has been read by someone else and it will show signs of wear and previous use. Overall we expect it to be in very good condition, but if you are not entirely satisfied please get in touch with us.