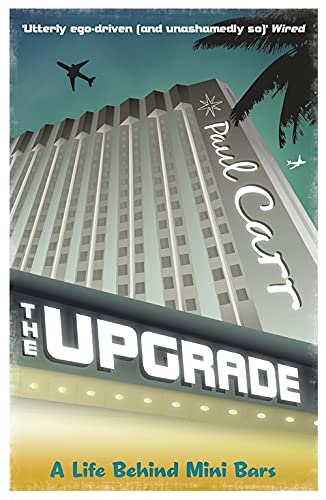 The Upgrade
by Paul Carr

In Stock
£3.99
The incredible true story of living as a modern-day nomad.
Very Good
Only 1 left

The Upgrade: A Cautionary Tale of a Life Without Reservations by Paul Carr

The incredible true story of living as a modern-day nomad.

Bored, broke and struggling to survive in one of the most expensive cities on earth, Paul Carr realises that it would actually be cheaper to live in a hotel in Manhattan than in his one-bedroom London flat. Inspired by that possibility, he decides to sell most of his possessions, abandon his old life and spend a year living entirely without commitments.

Thanks to Paul's highly developed blagging skills, what begins as a one-year experiment soon becomes a permanent lifestyle - a life lived in luxury hotels and mountain-top villas. A life of fast cars, Hollywood actresses and Icelandic rock stars. And, most bizarrely of all, a life that still costs less than surviving on cold pizza in London. Yet, as word of Paul's exploits starts to spread - first online, then through a newspaper column and a book deal - he finds himself forced to up the stakes in order to keep things interesting. With his behaviour spiralling to dangerous levels, he is forced to ask the question: is there such a thing as too much freedom?

Paul Carr is a writer and journalist, specialising in media and popular culture. A former Guardian media columnist, he also edited various publications and founded numerous businesses with varying degrees of abysmal failure. After getting fired from every job he'd ever had - including at least two where he was his own boss - he realised it was easier to write about other people's success than to have any of his own. As the co-founder of two Internet companies he knows the world of Internet moguls both inside and out.

GOR004670358
The Upgrade: A Cautionary Tale of a Life Without Reservations by Paul Carr
Paul Carr
Used - Very Good
Paperback
Orion Publishing Co
2012-07-19
304
0753828677
9780753828670
N/A
Book picture is for illustrative purposes only, actual binding, cover or edition may vary.
This is a used book - there is no escaping the fact it has been read by someone else and it will show signs of wear and previous use. Overall we expect it to be in very good condition, but if you are not entirely satisfied please get in touch with us.