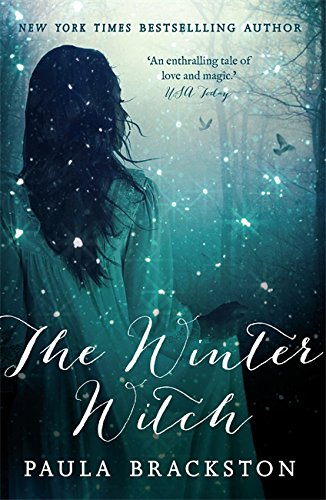 The Winter Witch
by Paula Brackston

The Winter Witch by Paula Brackston

'Wild places make wild people, but only some have magic blood. There are those with frozen hearts, whose souls know only winter. They would drive me from my home. It will not do. Really, it will not.'

In her small Welsh town, there is no one quite like Morgana. She has not spoken a word out loud since she was a child, and her silence - as well as the magic she can't quite control - makes her an oddity, taunted by rumour and mystery. Concerned for her safety, her mother arranges for Morgana to marry Cai Jenkins, the widower from the far hills who knows nothing of the nasty things folk say about her daughter.

After a swift wedding, Cai takes his new wife to his farm. Initially heartbroken to leave her home, Morgana soon begins to falls in love with the place, and the rugged mountains that surround it - just as Cai slowly begins to win her heart. But it isn't long before her strangeness begins to be remarked upon. A dark force is at work - a person who will stop at nothing to turn the townspeople against Morgana, even at the expense of those closest to her. Forced to defend her home, her lover, and herself from all comers, Morgana must learn to harness her power . . . or lose everything.

A sensitive, beautifully written account of life in 19th-century rural Wales...If the Bronte sisters had penned magical realism, this would have been the result. * Guardian *
An enthralling tale of love and magic. * USA Today *
A battle between undeveloped young magical talent and old malevolence [lies] at the heart of this sprightly tale of spells and romance . . . Love of landscape and lyrical writing lend charm, but it's Brackston's full-blooded storytelling that will hook the reader * Kirkus *
A slice of 19th century Wales . . . full of atmosphere. * SFX *
Brackston delivers an intimate paranormal romance that grounds its fantasy in the reality of a 19th century Welsh farm * Publishers Weekly *
A riveting tale of sorcery and time travel. * Marie Claire, on The Witch's Daughter *
The Winter Witch is one of the most magical and compelling novels I've ever read. A tender and exquisitely written tale, with a heroine who continues to haunt your dreams long after you close the book. * Karen Maitland *

Paula Brackston lives with her family in a wild, mountainous part of Wales and much of the inspiration for her writing comes from stomping about on the mountains beings serenaded by skylarks and buzzards. Visit her website: www.paulabrackston.com

GOR005651752
The Winter Witch by Paula Brackston
Paula Brackston
Shadow Chronicles
Used - Very Good
Paperback
Little, Brown Book Group
2014-01-16
416
1472103661
9781472103666
N/A
Book picture is for illustrative purposes only, actual binding, cover or edition may vary.
This is a used book - there is no escaping the fact it has been read by someone else and it will show signs of wear and previous use. Overall we expect it to be in very good condition, but if you are not entirely satisfied please get in touch with us.