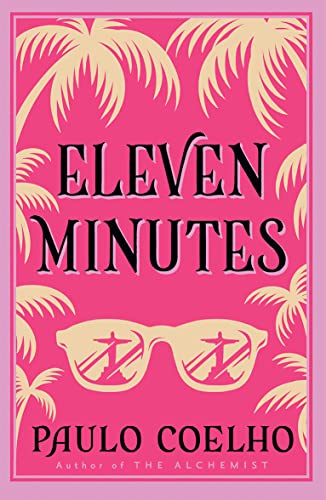 Eventually, Maria's despairing view of love is put to the test when she meets a handsome young painter. In this odyssey of self-discovery, Maria has to choose between pursuing a path of darkness, `sexual pleasure for its own sake', or risking everything to find her own 'inner light' and the possibility of sacred sex, sex in the context of love.

A daring modern fable about the nature of love and sex.

"Has a strange and potent chemistry of its own." The Observer

"Coelho has a deceptively simple but elegant writing style which sits well with this strange but gripping tale." Glasgow Evening Times

"Refreshing and insightful...an uplifting read." What's On In London

"A simply-told fable for our times, highlighting the quest for personal spiritual enlightenment." Belfast Telegraph

Paulo Coelho was born in Brazil and has become one of the most widely read and loved authors in the world. Especially renowned for The Alchemist and Eleven Minutes, he has sold more than 190 million copies worldwide, has been translated into 80 languages and has been published in 170 countries.

The recipient of numerous prestigious international awards, including the Crystal Award by the World Economic Forum and France's Legion d'honneur, Paulo Coelho was inducted into the Brazilian Academy of Letters in 2002. In 2007, he was named a United Nations Messenger of Peace.

GOR009351823
Eleven Minutes by Paulo Coelho
Paulo Coelho
Used - Like New
Paperback
HarperCollins Publishers
2004-06-07
320
0007166044
9780007166046
N/A
Book picture is for illustrative purposes only, actual binding, cover or edition may vary.
The book has been read, but looks new. The book cover has no visible wear, and the dust jacket is included if applicable. No missing or damaged pages, no tears, possible very minimal creasing, no underlining or highlighting of text, and no writing in the margins.