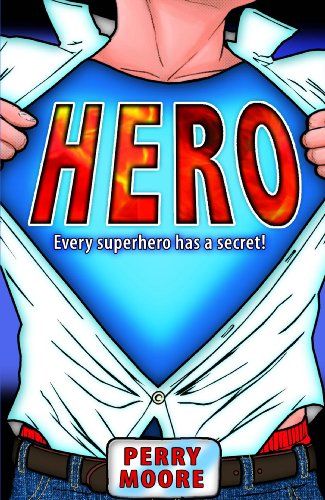 In Stock
£4.49
There, he connects with a misfit group of aspiring heroes:* Scarlett, who can control fire but not her anger* Typhoid Larry, who can make anyone sick with his touch* Ruth, a wise old woman who can see the futureTogether these unlikely heroes become friends and begin to uncover a plot to kill the superheroes.
Very Good
Only 2 left

Even though Thom Creed's a basketball star, his high school classmates keep their distance. They've picked up on something different about Thom. Plus, his father, Hal Creed, was one of the greatest and most beloved superheroes of his time until a catastrophic event left him disfigured and an outcast. The last thing in the world Thom wants is to add to his father's pain, so he keeps secrets. Like that he has special powers. And he's been asked to join the League -- the very organization of superheroes that disowned Hal. But joining the League opens up a new world to Thom. There, he connects with a misfit group of aspiring heroes: * Scarlett, who can control fire but not her anger * Typhoid Larry, who can make anyone sick with his touch * Ruth, a wise old woman who can see the future Together these unlikely heroes become friends and begin to uncover a plot to kill the superheroes. This groundbreaking and widely acclaimed novel tells an unforgettable story about love, loss, and redemption.

"The story tackles love, friendship, and the eternal struggle to come to terms with who we really are in a tactful, interesting, and well-developed manner . . . Hero becomes a real page-turner" -- Dylan Thomarie * School Library Journal *
"Moore's writing has the slangy, vernacular, easy read style of teen fiction: it's punchy, fast-flowing and perfectly captures the voice of the narrator" * Inis *
"An original and entertaining take on a classic genre" * The Bookseller *
"Perry Moore brings an enticing new genre to the world of young adult novels" -- Maurice Sendak
"Wow! This totally original, can't-put-it-down page turner is more than a terrific read, it's an unforgettable experience-not to be missed!" -- Stan Lee

Perry Moore grew up in Virginia. His father, a Vietnam veteran, inspired the character of Hal Creed. Perry was the executive producer of the Chronicles of Narnia films, and his book about the making of The Lion, the Witch and the Wardrobe was a New York Times bestseller. With his partner, Hunter Hill, Perry wrote and directed his first feature film, Lake City, starring Sissy Spacek. Hero was Perry's first novel. Perry died in February 2011, aged 39.

GOR001150181
HERO by Perry Moore
Perry Moore
Used - Very Good
Paperback
Random House Children's Publishers UK
2008-05-01
432
055255586X
9780552555869
N/A
Book picture is for illustrative purposes only, actual binding, cover or edition may vary.
This is a used book - there is no escaping the fact it has been read by someone else and it will show signs of wear and previous use. Overall we expect it to be in very good condition, but if you are not entirely satisfied please get in touch with us.