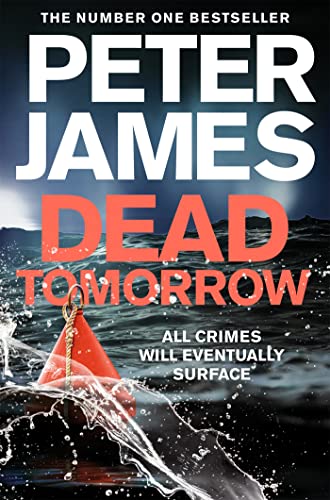 The body of a missing teenager is dredged from the seabed off the Sussex coast, missing vital organs. Soon after, a further two more bodies are found . . .

Caitlin Beckett, a fifteen-year-old in Brighton will die if she does not receive an urgent transplant. When the health system threatens to let her down her mother takes drastic action and goes to an online broker in black-market organs. The broker can provide what she wants, but it will come at a price.

As Detective Superintendent Roy Grace investigates the recovered bodies, he unearths the trail of a gang of child traffickers operating from Eastern Europe. Soon Grace and his team will find themselves in a race against time to save the life of a young street kid, while a desperate mother will stop at nothing to save her daughter's life . . .

James just gets better and better and deserves the success he has achieved with this first-class series * Independent on Sunday *
Peter James has penetrated the inner workings of police procedures, and the inner thoughts and attitudes of real detectives, as no English crime writer before him. His hero, Roy Grace, may not be the most lively cop, nor the most damaged by drink, weight or misery, but he's one of the most believable * The Times *
Peter James is one of the best crime writers in the business -- Karin Slaughter
Meticulous research gives his prose great authenticity . . . James manages to add enough surprises and drama that by the end you're rooting for the police and really don't know if they will finally get their men * Sunday Express *

GOR010037429
Dead Tomorrow by Peter James
Peter James
Roy Grace
Used - Very Good
Paperback
Pan Macmillan
2019-06-25
688
1509898875
9781509898879
N/A
Book picture is for illustrative purposes only, actual binding, cover or edition may vary.
This is a used book - there is no escaping the fact it has been read by someone else and it will show signs of wear and previous use. Overall we expect it to be in very good condition, but if you are not entirely satisfied please get in touch with us.