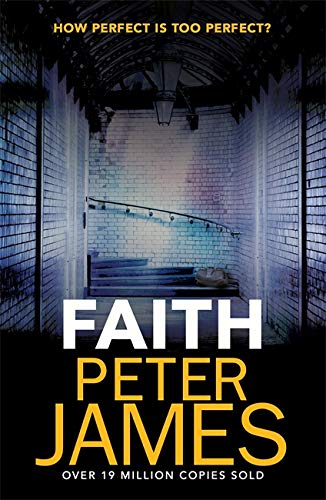 How perfect is too perfect?

Ross Ransome is at the top of his profession; one of the most successful, and certainly one of the richest, plastic surgeons in the business. Such a man would expect his wife to be perfect - and why not? After all, he has spent enough hours in surgery to get her that way.

But when his wife falls ill she turns her back on conventional medicine, and her arid marriage, and seeks help from the world of alternative medicine and a charismatic therapist who promises not just medical salvation.

For Ransome, this is the ultimate betrayal. It defies logic, and Ross Ransome is a profoundly logical man. Logically, he can see no reason why any man should have his wife when he can't. It's all completely rational...

Read more from the multi-million copy bestselling author of the Roy Grace novels:

* Each Peter James novel can be read as a standalone*

Peter James is getting better with every book ... an atmosphere so charged with menace that readers will find themselves glancing over their shoulders - The TimesBritain's answer to Stephen King and Michael Crichton. Brilliant - Sunday ExpressMakes one despair that the phrase "born storyteller" has been so wretchedly devalued - New ScientistCompulsive ... I cannot remember when I last read a novel I enjoyed so much - Sunday Telegraph

GOR009489921
Faith by Peter James
Peter James
Used - Very Good
Paperback
Orion Publishing Co
2018-09-13
480
1409181251
9781409181255
N/A
Book picture is for illustrative purposes only, actual binding, cover or edition may vary.
This is a used book - there is no escaping the fact it has been read by someone else and it will show signs of wear and previous use. Overall we expect it to be in very good condition, but if you are not entirely satisfied please get in touch with us.