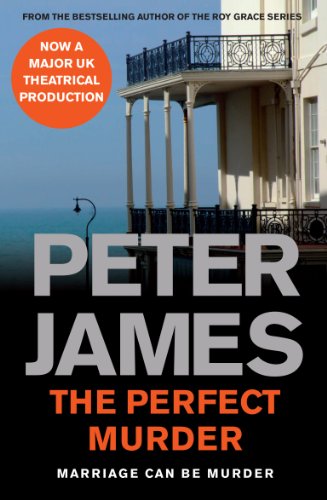 The Perfect Murder
by Peter James

Used Price
£4.79
Free Shipping in the UK
How do you commit the perfect murder . . . ? Previously published as part of the Quick Reads scheme, this is a novella by bestselling author of the Roy Grace series, Peter James.
Reviews:
Trustpilot
Very Good

The Perfect Murder by Peter James

The Perfect Murder is a suspenseful and gripping novella from Peter James, the bestselling author of the phenomenally successful Roy Grace series.

Victor Smiley and his wife Joan have been married for nearly twenty years. Victor secretly loathes Joan more and more each day. Joan is bored by Victor, and his snoring drives her mad. Their marriage has reached a crisis point . . .

Victor decides there is only one way to get Joan out of his life for ever, but he's about to get a nasty surprise. As it turns out, Victor's not the only one with murder in mind . . .

Peter James was educated at Charterhouse, then at film school. He lived in North America for a number of years, working as a screenwriter and film producer before returning to England. His novels, including the Sunday Times number one bestselling Roy Grace series, have been translated into thirty-six languages, with worldwide sales of sixteen million copies. Three novels have been filmed. In addition to his popular Roy Grace series, Peter has also written a short story collection, A Twist of the Knife, and several standalone titles, including The House on Cold Hill, Dead Letter Drop, Atom Bomb Angel and Billionaire. All his books reflect his deep interest in the world of the police, with whom he does in-depth research, as well as his fascination with science, medicine and the paranormal. He has also produced numerous films, including The Merchant of Venice, starring Al Pacino, Jeremy Irons and Joseph Fiennes. He divides his time between his homes in Notting Hill, London, and near Brighton in Sussex.