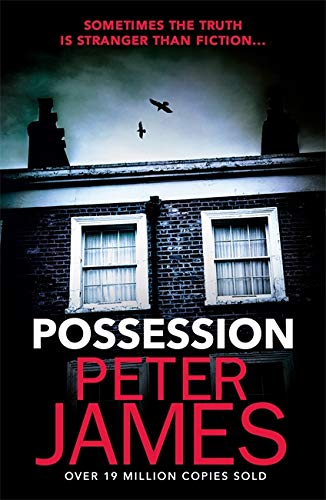 Used Price
£3.59
New RRP £8.99
Free Shipping in the UK
A terrifying novel of a young man who is willing to defy even death
Very Good Good

A terrifying novel of a young man who is willing to defy everything. Even death...

Fabian Hightower has been killed in a car crash. At least, that is what a policeman is asking Alex, his mother to believe. But Alex knows she saw him that morning - at a time when he must have been dead.

When the funeral is over Alex tries hard to forget her bizarre experience. But her mind seems to be playing strange tricks on her, turning her grief into horror. When she turns to a medium her worst fears are realised. Fabian has unfinished business and he is determined to come back. But why?

Whatever the answer, something terrifies the medium so much she refuses to return. Alex longs to
turn to others for support. But there is a secret about Fabian that only she knows - a secret she must never share...

'One of the best crime writers in the business.' Karin Slaughter

'Genuinely frightening ... only Mary Shelley's Frankenstein and Stephen King's The Shining have scared me as much.' Evening Standard

Read more from the multi-million copy bestselling author of the Roy Grace novels:

* Each Peter James novel can be read as a standalone*

GOR009433895
Possession by Peter James
Peter James
Used - Very Good
Paperback
Orion Publishing Co
2018-09-13
304
1409181278
9781409181279
N/A
Book picture is for illustrative purposes only, actual binding, cover or edition may vary.
This is a used book - there is no escaping the fact it has been read by someone else and it will show signs of wear and previous use. Overall we expect it to be in very good condition, but if you are not entirely satisfied please get in touch with us.