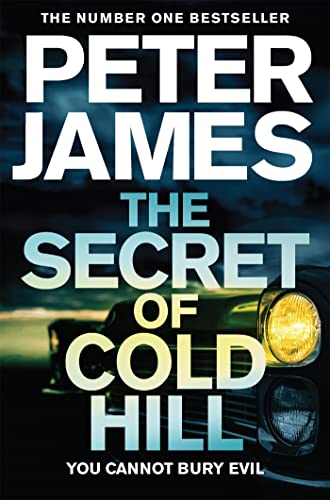 The Secret of Cold Hill
by Peter James

The Secret of Cold Hill Summary

The Secret of Cold Hill by Peter James

From the number one bestselling author, Peter James, comes The Secret of Cold Hill. The spine-chilling follow-up to The House on Cold Hill. Now a smash-hit stage play.

Cold Hill House has been razed to the ground by fire, replaced with a development of ultra-modern homes. Gone with the flames are the violent memories of the house's history, and a new era has begun.

Although much of Cold Hill Park is still a construction site, the first two families move into their new houses. For Jason and Emily Danes, this is their forever home, and for Maurice and Claudette Penze-Weedell, it's the perfect place to live out retirement. Despite the ever present rumble of cement mixers and diggers, Cold Hill Park appears to be the ideal place to live. But looks are deceptive and it's only a matter of days before both couples start to feel they are not alone in their new homes.

There is one thing that never appears in the estate agent brochures: nobody has ever survived beyond forty in Cold Hill House and no one has ever truly left . . .

The Secret of Cold Hill Reviews

GOR010588092
The Secret of Cold Hill by Peter James
Peter James
Used - Very Good
Paperback
Pan Macmillan
2020-06-25
400
1509816259
9781509816255
N/A
Book picture is for illustrative purposes only, actual binding, cover or edition may vary.
This is a used book - there is no escaping the fact it has been read by someone else and it will show signs of wear and previous use. Overall we expect it to be in very good condition, but if you are not entirely satisfied please get in touch with us.