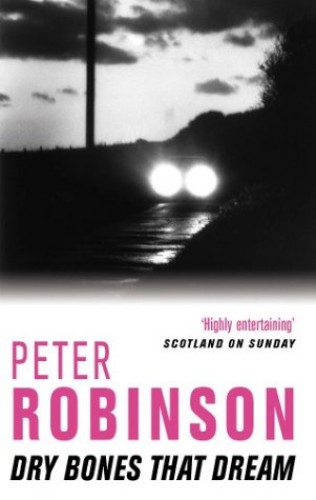 It was 2.47am when Chief Inspector Alan Banks arrived at the barn and saw the body of Keith Rothwell for the first time. Only hours earlier two masked men had walked the mild-mannered accountant out of his farmhouse and clinically blasted him with a shotgun.

Clearly this is a professional hit - but Keith was hardly the sort of person to make deadly enemies. Or was he? For the police investigation soon raises more questions than answers. And who, exactly, is Robert Calvert?

The more Banks scratches the surface, the more he wonders what lies beneath the veneer of the apparently happy Rothwell family. And when his old sparring partner Detective Superintendent Richard Burgess arrives from Scotland Yard, the case takes yet another unexpected twist...

Peter Robinson grew up in Yorkshire but now spends most of his time in Canada. He is the winner of numerous awards in the United States, Britain and Canada.

GOR000677490
Dry Bones That Dream by Peter Robinson
Peter Robinson
The Inspector Banks series
Used - Very Good
Paperback
Pan Macmillan
2001-05-04
368
0330482203
9780330482202
N/A
Book picture is for illustrative purposes only, actual binding, cover or edition may vary.
This is a used book - there is no escaping the fact it has been read by someone else and it will show signs of wear and previous use. Overall we expect it to be in very good condition, but if you are not entirely satisfied please get in touch with us.