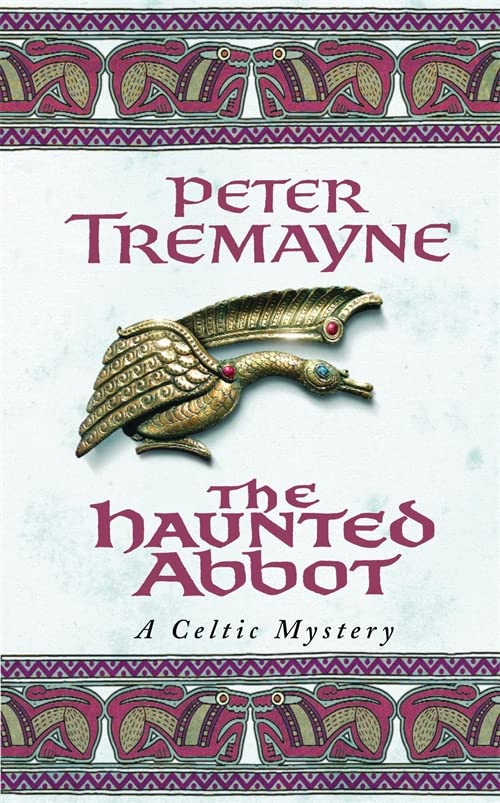 Super sleuth Sister Fidelma returns in THE HAUNTED ABBOT, the twelfth historical mystery by Peter Tremayne, acclaimed author of SMOKE IN THE WIND, OUR LADY OF DARKNESS and many more.

PRAISE FOR THE SISTER FIDELMA SERIES: 'Definitely an Ellis Peters competitor' Evening Standard, 'This is masterly storytelling from an author who breathes fascinating life into the worth he is writing about' Belfast Telegraph

As they are preparing to return to Ireland, Fidelma and Brother Eadulf receive a mysterious summons. Eadulf's childhood friend, Brother Botulf, has requested their presence at Aldred's Abbey at midnight on the old pagan feast of Yule. Fidelma and Eadulf battle against the harsh winter storms to arrive in time, only to find they are too late. Botulf is dead - killed by an unknown hand. As they struggle to comprehend this staggering news, it soon becomes clear that the murder of this young monk is not the only trouble facing the abbey. The abbey is haunted by the ghost of a young woman - a woman some say bears a startling likeness to the Abbot Cild's dead wife. But can Fidelma and Eadulf discover the truth before they themselves fall victim to the danger which pervades the abbey walls?

What readers are saying about THE HAUNTED ABBOT:

'Another amazing and twisted story from the British Isles in 7th century. A brilliantly put together plot, a complex mystery and a thoroughly enjoyable read'

'Full of intrigue and mystery and as usual Sister Fidelma is my hero. Very thrilling'

HEMLOCK AT VESPERS
'This collection is an essential canonical text for Sister Fidelma acolytes' Publisher's Weekly
'Fidelma's fans will welcome this first-ever collection, many stories of which are appearing here for the first time' Kirkus Reviews
'A treasure trove of small gems for historical mystery fans' Booklist
'A complex mesh of betrayals that also catch up the sleuth, exploiting both Fidelma's strengths and vulnerabilities' Kirkus Reviews
'Beguiling' Peterborough Evening Telegraph

Praise for previous novels:
'The Sister Fidelma books give the readers a rattling good yarn. But more than that, they bring vividly and viscerally to life the fascinating lost world of the Celtic Irish. I put down The Spider's Web with a sense of satisfaction at a good story well told, but also speculating on what modern life might have been like had that civilisation survived' Ronan Bennett
'A heroine whom many readers will willingly follow' Kirkus Reviews;
'A brilliant and beguiling heroine. Immensely appealing, difficult to put down' PUBLISHERS' WEEKLY;
'Definitely an Ellis Peter competitor...the background detail is marvellous' EVENING STANDARD;

Peter Tremayne is the fiction pseudonym of a well-known authority on the ancient Celts, who has utilised his knowledge of the Brehon law system and 7th-Century Irish society to create a new concept in detective fiction.

GOR001240674
The Haunted Abbot (Sister Fidelma Mysteries Book 12): A riveting historical mystery bringing Medieval Ireland to life by Peter Tremayne
Peter Tremayne
Sister Fidelma
Used - Very Good
Paperback
Headline Publishing Group
2003-02-03
384
074726435X
9780747264354
N/A
Book picture is for illustrative purposes only, actual binding, cover or edition may vary.
This is a used book - there is no escaping the fact it has been read by someone else and it will show signs of wear and previous use. Overall we expect it to be in very good condition, but if you are not entirely satisfied please get in touch with us.