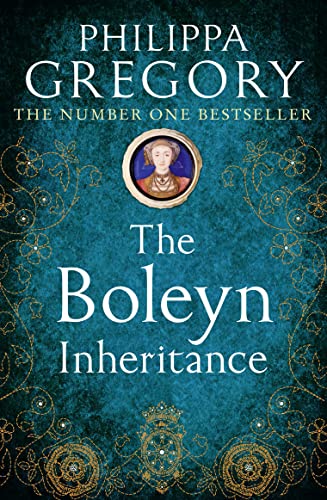 The Boleyn Inheritance
by Philippa Gregory

From the bestselling author of The Other Boleyn Girl, Philippa Gregory, comes a wonderfully atmospheric evocation of the court of Henry VIII and his final queens.

The Boleyn Inheritance by Philippa Gregory

From the bestselling author of The Other Boleyn Girl, Philippa Gregory, comes a wonderfully atmospheric evocation of the court of Henry VIII and his final queens.

The king will decide who will live and who will die; he has the power of God now.

1539. Henry VIII must take his fourth wife and the dangerous prize is won by Anne of Cleves. A German princess by birth, Anne is to be Henry's pawn in the Protestant alliance against Rome, but the marriage falters from the start. Henry finds nothing to admire in his new queen, setting himself against his advisors and nobles to pay court to young Katherine Howard.

The new queen begins to sense a trap closing around her. And Jane Boleyn, summoned to the inner circle once more by her uncle the Duke of Norfolk, finds a fractious court haunted by the Boleyn legacy of death and deceit.

Nothing is certain in a kingdom ruled by an increasingly tyrannical king.

Praise for `The Constant Princess':

'One of Gregory's great strengths as a novelist is her ability to take familiar historical figures and flesh them into living breathing human beings. "The Constant Princess" is a worthy successor to her previous novels about the Tudors and deserves to be a bestseller.' Daily Express

'Gregory's research is impeccable which makes her imaginative fiction all the more convincing.' Daily Mail

'Gregory is great at conjuring a Tudor film-set of gorgeous gowns and golden-plattered dining.' Telegraph

GOR000933706
The Boleyn Inheritance by Philippa Gregory
Philippa Gregory
Used - Very Good
Paperback
HarperCollins Publishers
2007-05-01
528
0007190336
9780007190331
N/A
Book picture is for illustrative purposes only, actual binding, cover or edition may vary.
This is a used book - there is no escaping the fact it has been read by someone else and it will show signs of wear and previous use. Overall we expect it to be in very good condition, but if you are not entirely satisfied please get in touch with us.