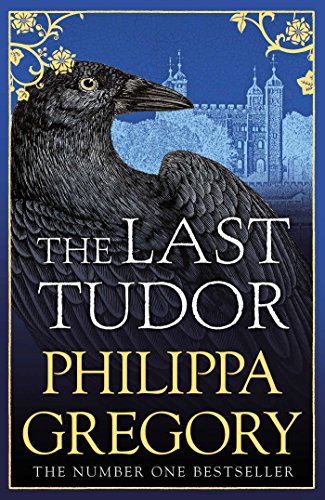 The Last Tudor by Philippa Gregory

The Last Tudor by Philippa Gregory

'How long do I have?' I force a laugh.
'Not long,' he says very quietly. 'They have confirmed your sentence of death. You are to be beheaded tomorrow. We don't have long at all.'
Jane Grey was Queen of England for nine days. Using her position as cousin to the deceased king, her father and his conspirators put her on the throne ahead of the king's half-sister Mary, who quickly mustered an army, claimed her crown and locked Jane in the Tower. When Jane refused to betray her Protestant faith, Mary sent her to the executioner's block. There Jane turned her father's greedy, failed grab for power into her own brave and tragic martyrdom.

'Learn you to die' is the advice that Jane gives in a letter to her younger sister Katherine, who has no intention of dying. She intends to enjoy her beauty and her youth and find love. But her lineage makes her a threat to the insecure and infertile Queen Mary and, when Mary dies, to her sister Queen Elizabeth, who will never allow Katherine to marry and produce a potential royal heir before she does. So when Katherine's secret marriage is revealed by her pregnancy, she too must go to the Tower.

'Farewell, my sister,' writes Katherine to the youngest Grey sister, Mary. A beautiful dwarf, disregarded by the court, Mary finds it easy to keep secrets, especially her own, while avoiding Elizabeth's suspicious glare. After watching her sisters defy the queen, Mary is aware of her own perilous position as a possible heir to the throne. But she is determined to command her own destiny and be the last Tudor to risk her life in matching wits with her ruthless and unforgiving cousin Elizabeth.
Praise for Philippa Gregory:

'Meticulously researched and deeply entertaining, this story of betrayal and divided loyalties is Gregory on top form' Good Housekeeping

'Gregory has popularised Tudor history perhaps more than any other living fiction writer...all of her books feature strong, complex women, doing their best to improve their lives in worlds dominated by men' Sunday Times

'Popular historical fiction at its finest, immaculately researched and superbly told' The Times
PHILIPPA GREGORY is one of the world's foremost historical novelists. She wrote her first ever novel, Wideacre, when she was completing her PhD in eighteenth-century literature and it sold worldwide, heralding a new era for historical fiction. Her flair for blending history and imagination developed into a signature style and Philippa went on to write many bestselling novels, including The Other Boleyn Girl and The White Queen. Now a recognised authority on women's history, Philippa graduated from the University of Sussex and received a PhD from the University of Edinburgh, where she is a Regent and was made Alumna of the Year in 2009. She holds honorary degrees from Teesside University and the University of Sussex. She is a fellow of the Universities of Sussex and Cardiff and an honorary research fellow at Birkbeck University of London. Philippa is a member of the Society of Authors and in 2016 was presented with the Outstanding Contribution to Historical Fiction Award by the Historical Writers' Association. In 2018, she was awarded an Honorary Platinum Award by Neilsen for achieving significant lifetime sales across her entire book output. She welcomes visitors to her site www.PhilippaGregory.com.
GOR008908583
9781471133077
1471133079
The Last Tudor by Philippa Gregory
Philippa Gregory
Used - Very Good
Paperback
Simon & Schuster Ltd
2018-02-08
544
N/A
Book picture is for illustrative purposes only, actual binding, cover or edition may vary.
This is a used book - there is no escaping the fact it has been read by someone else and it will show signs of wear and previous use. Overall we expect it to be in very good condition, but if you are not entirely satisfied please get in touch with us
Trustpilot