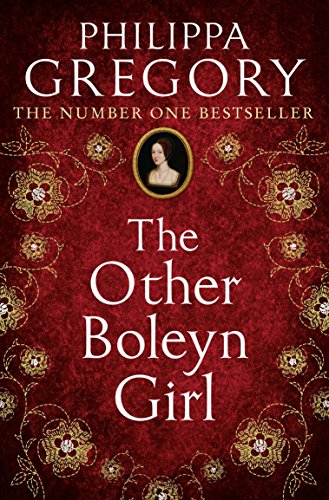 The Other Boleyn Girl
by Philippa Gregory

The acclaimed international bestseller of the Tudor court, during the years of Henry VIII's pursuit of Anne Boleyn - and the revolutionary sequence of events that followed.

The Other Boleyn Girl Summary

The Other Boleyn Girl by Philippa Gregory

The acclaimed international bestseller of the Tudor court, during the years of Henry VIII's pursuit of Anne Boleyn - and the revolutionary sequence of events that followed.

This chance for us Howards comes once in a century...

1521. Henry VIII rules over a fashionable court alive with pageant and celebration, the lack of a son his only threat. When young Mary Boleyn arrives at court, she becomes his new mistress, an unwitting pawn in the ambitions of the powerful Boleyn and Howard families.

As Henry's interest begins to wane, the Boleyns scheme to put forward Mary's sister, Anne. Yet Anne Boleyn, newly returned from the French court, won't agree to be Henry's mistress - only his wife.

Pitting the king's desperation for an heir against the advice of his powerful advisors, Wolsey and Cromwell, what follows will change the course of a country's history.

The Other Boleyn Girl Reviews

`Gregory is great at conjuring a Tudor film-set of gorgeous gowns and golden-lattered dining. She invokes some swoonsome images...while the politics are personal enough to remain pertinent' DailyTelegraph

`Written from instinct, not out of calculation, and it shows'
Peter Ackroyd, The Times

GOR000503681
The Other Boleyn Girl by Philippa Gregory
Philippa Gregory
Used - Very Good
Paperback
HarperCollins Publishers
2002-05-01
544
0006514006
9780006514008
N/A
Book picture is for illustrative purposes only, actual binding, cover or edition may vary.
This is a used book - there is no escaping the fact it has been read by someone else and it will show signs of wear and previous use. Overall we expect it to be in very good condition, but if you are not entirely satisfied please get in touch with us.