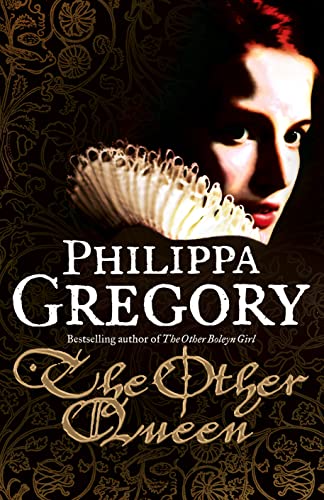 The Other Queen
by Philippa Gregory

A dramatic novel of passion, politics and betrayal from the author of The Other Boleyn Girl, Philippa Gregory. Mary, Queen of Scots, fights to regain her kingdom whilst under the guard of Queen Elizabeth's trusted accomplice, Bess of Hardwick.

The Other Queen Summary

The Other Queen by Philippa Gregory

A dramatic novel of passion, politics and betrayal from the author of The Other Boleyn Girl, Philippa Gregory. Mary, Queen of Scots, fights to regain her kingdom whilst under the guard of Queen Elizabeth's trusted accomplice, Bess of Hardwick.

Mary Queen of Scotts is in flight from rebels in Scotland, and puts her trust in her cousin Elizabeth. But she finds herself imprisoned as the enforced guest of George Talbot and his determined new wife, Bess of Hardwick. The couple welcome the doomed queen, certain that this will bring them nothing but advantage in the competitive world of Tudor England. To their horror they find that their home becomes the epicentre of intrigue against Elizabeth. Even their own loyalty comes under suspicion, as George's hopeless admiration for the beautiful Mary is impossible to hide.

The conspiracies come together in the greatest threat that Elizabeth has ever faced. She has no choice but to instruct her spy-master, Cecil, to set the trap to catch her cousin. But even he is caught by the spell of this remarkable young woman, who is prepared to die rather than deny her need for freedom.

The Other Queen Reviews

Praise for 'The Boleyn Inheritance':

'Philippa Gregory truly is the mistress of the historical novel...It would be hard to make history more entertaining, lively or engaging: the characters truly come alive...This is a reliably breathtaking, suspenseful and imaginative romp from Gregory. Full of all the colours, sights and sounds of the Tudor court, it really transports you to the era. A winning formula.' Sunday Express

'This is historical fiction at its best' Bella

GOR001140354
The Other Queen by Philippa Gregory
Philippa Gregory
Used - Very Good
Paperback
HarperCollins Publishers
2008-08-21
448
000725766X
9780007257669
N/A
Book picture is for illustrative purposes only, actual binding, cover or edition may vary.
This is a used book - there is no escaping the fact it has been read by someone else and it will show signs of wear and previous use. Overall we expect it to be in very good condition, but if you are not entirely satisfied please get in touch with us.