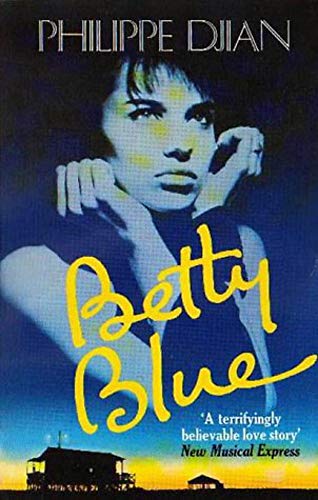 In Stock
£9.99
The major European bestseller that was made into the celebrated film.
Very Good Good
6 in stock

They were predicting storms for the end of the day but the sky stayed blue and the wind died down. I went to take a look in the kitchen - make sure things weren't getting clogged up in the bottom of the pot. Everything was just fine. I went out onto the porch armed with a cold beer and stayed there for a while, my face in the sun. It felt good. It had been a week now that I'd been spending my mornings in the sun, squinting like some happy idiot - a week now since I'd met Betty.'

A brilliant, painful account of a doomed love affair. While the storm clouds are gathering, the teller of the story belives the picnic is forever. * Carlo Gebler *
A story of love found and thwarted that also becomes a remarkable journey backward: from modernist narrative resignation and ennui into full-fledged emotional engagement, complicaiton, deepening of character and resolution... * Kirkus Reviews *
Djian is a major writer. A page of his prose reads like nothing else, except perhaps another page of his. His writing is the real thing. * Le Monde *
An atmosphere reminiscent of, by turns, Diva and Paris, Texas... Dijan's books soar above those of his contemporaries. * Paris Match *

Philippe Djian The author of five highly acclaimed works of fiction, Philippe Djian lives in Biarritz, France. BETTY BLUE, the first of his books to be translated into English, was the basis for the award-winning film by Jean-Jacques Beineix.

GOR000519996
Betty Blue by Philippe Djian
Philippe Djian
Used - Very Good
Paperback
Little, Brown Book Group
1989-12-07
352
0349101108
9780349101101
N/A
Book picture is for illustrative purposes only, actual binding, cover or edition may vary.
This is a used book - there is no escaping the fact it has been read by someone else and it will show signs of wear and previous use. Overall we expect it to be in very good condition, but if you are not entirely satisfied please get in touch with us.