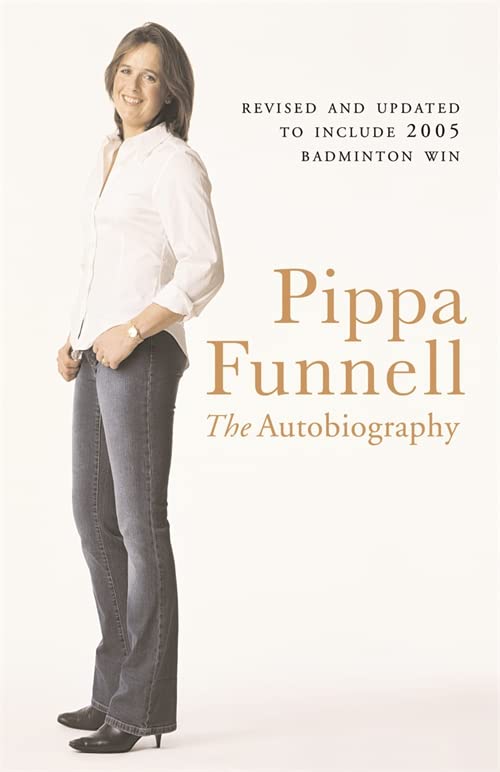 The autobiography of the most successful Three Day Event rider of all time - updated for the paperback edition.

The autobiography of the most successful Three Day Event rider of all time - updated for the paperback edition.

Pippa Funnell is the golden girl of the British equestrian scene - but it hasn't always been so. She seemed doomed to be a 'misser' in the really big competitions, lacking that special ingredient that makes a true champion. Everything began to change for her in 1999 when her results, including her first European title, were excellent, but it was at the Sydney Olympics that she really came of age, winning a silver medal.

Since Sydney, Pippa went from strength to strength. She completed the double of European Championships in 2001, she won Badminton in 2002, and in 2003 won the Rolex Grand Slam and was awarded Sportswoman of the Year by the Sunday Times.

In 2004 Pippa was a double Olympic medallist in Athens, and this autobiography includes her Olympic diary, as she records the ups and downs of the competition, the triumph of the dressage, her cross-country round and the showjump down that cost her a gold medal. As if all this were not enough, there was the controversy of the medals being reallocated on appeal, meaning Pippa won both a silver and a bronze.

Her story is an object lesson to any youngster, rider or not--Daily Telegraph
The read of the year ... by turns inspiring moving and funny, this book shows that all of Pippa's triumphs have been earned--Eventing Magazine
She is an authoritative figure on the circuit and an inspiration to young riders--Books Quarterly
She has made the fragilities of her nature into her greatest source of strength. She is an alchemist who has turned self-doubt into victory--Times
The text gallops through Funnell's life story with engaging candour--Independent
Pippa is married to international show jumper William Funnell.
GOR000823487
9780752865195
0752865196
Pippa Funnell: The Autobiography by Pippa Funnell
Pippa Funnell
Used - Very Good
Paperback
Orion Publishing Co
2005-09-01
336
N/A
Book picture is for illustrative purposes only, actual binding, cover or edition may vary.
This is a used book - there is no escaping the fact it has been read by someone else and it will show signs of wear and previous use. Overall we expect it to be in very good condition, but if you are not entirely satisfied please get in touch with us
Trustpilot