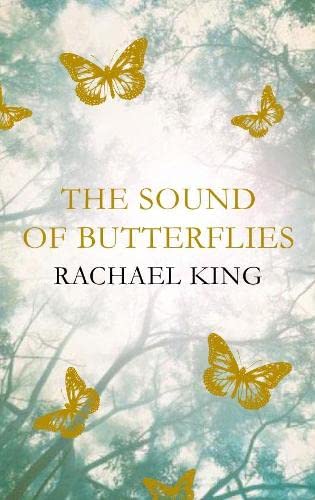 The Sound of Butterflies
by Rachael King

In Stock
£4.99
A story of beauty and butterflies, of passion, greed and violence set in the Amazon rainforest
Very Good
Only 1 left

The Sound of Butterflies Summary

The Sound of Butterflies by Rachael King

It is 1903. Thomas Edgar, a passionate collector of butterflies, is offered the chance of a lifetime: to travel to the Amazon as part of a scientific expedition. Hoping to find the mythical butterfly that will make his name and immortalise that of his wife, Sophie - for if he finds it, he will call it the Papilo Sophia - he eagerly accepts the invitation, and embarks on a journey that will take him to a whole new world.

On his return, Sophie greets her husband at the railway station, and is appalled by the change in him: he is thin, obviously sick, and apparently so traumatised by what he witnessed while he was away, he has been rendered mute. As Thomas struggles to find the words to describe what he's seen, it's unclear whether or not Sophie - and their marriage - will be able to withstand what he has to tell her, for the story that unfolds, the story behind Thomas's silence, is one of great brutality. Like the butterflies Thomas is so obsessed by, the butterflies that he catches and kills, it's a story of men who have been dazzled by surface splendour and wealth, and consequently refuse to acknowledge its underlying cruelty. But when that cruelty ends in murder, the question for Thomas - and Sophie - is whether or not he should be the one to speak out.

Written in rich, sensuous prose, and taking the reader from the demure gentility of Edwardian England to the decadence of Brazil's rubber boom, The Sound of Butterflies is a compelling and noteworthy debut.

Rachael King has worked in magazines, radio and television, and played bass guitar in several bands. The Sound of Butterflies won the Best First Book of Fiction award at the New Zealand Book Awards, and in 2006 Rachael also received the Lilian Ida Smith Award. She lives on a hill overlooking the city of Wellington.

GOR002799297
The Sound of Butterflies by Rachael King
Rachael King
Used - Very Good
Hardback
Pan Macmillan
2007-03-16
4
0330449168
9780330449168
N/A
Book picture is for illustrative purposes only, actual binding, cover or edition may vary.
This is a used book - there is no escaping the fact it has been read by someone else and it will show signs of wear and previous use. Overall we expect it to be in very good condition, but if you are not entirely satisfied please get in touch with us.