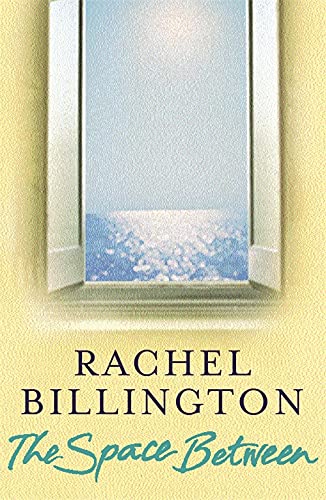 The Space Between
by Rachel Billington

In Stock
£4.49
From the critically acclaimed author, a stylish and compelling novel about a woman making a new life for herself.
Very Good
Only 1 left

The Space Between Summary

The Space Between by Rachel Billington

From the critically acclaimed author, a stylish and compelling novel about a woman making a new life for herself.

Her daughter expects Alice's life to revolve around her grandchild, Lily, and everyone else seems to think that Alice must be looking for a new husband - after all, she's such a WIFE. There doesn't seem to be space to decide what Alice wants for herself: does she want a man around, or would independence give her the full life she craves?

Alice is a woman at a turning-point, coming out from the protection of a long marriage into the hurly-burly of the wider world. She has far-reaching choices to make and the seriously unexpected to face...

The Space Between Reviews

"Ranks with the best achievements of fine authors such as Joanna Trollope, who have staked claims in similar territory..."

Rachel Billington has published twenty novels and nine books for children, as well as several non-fiction works. She is also a regular journalist, feature writer and reviewer. She is co-editor of Inside Time, the national newspaper for prisoners and a Vice-President of English PEN. She has four children and five grandchildren and lives in London and Dorset.

GOR004721487
The Space Between by Rachel Billington
Rachel Billington
Used - Very Good
Paperback
Orion Publishing Co
2005-08-18
320
0752859323
9780752859323
N/A
Book picture is for illustrative purposes only, actual binding, cover or edition may vary.
This is a used book - there is no escaping the fact it has been read by someone else and it will show signs of wear and previous use. Overall we expect it to be in very good condition, but if you are not entirely satisfied please get in touch with us.