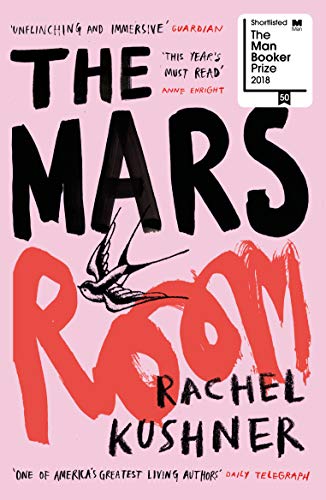 The Mars Room
by Rachel Kushner

The Mars Room: Shortlisted for the Man Booker Prize 2018 by Rachel Kushner

SHORTLISTED FOR THE MAN BOOKER PRIZE 2018

From the author of internationally acclaimed The Flamethrowers - a fearless and heartbreaking novel about love, friendship and incarceration.

Romy Hall is starting two consecutive life sentences at Stanville Women's Correctional Facility. Her crime? The killing of her stalker.

Inside awaits a world where women must hustle and fight for the bare essentials. Outside: the San Francisco of her youth. The Mars Room strip club where she was once a dancer. Her seven-year-old son, Jackson.

As Romy forms friendships over liquor brewed in socks and stories shared through sewage pipes her future seems to unfurl in one long, unwavering line - until news from beyond the prison bars forces Romy to try and outrun her destiny.

'Kushner is one of our most outstanding modern writers' STYLIST

'More knowing about prison life [than Orange Is The New Black]... so powerful' NEW YORK TIMES

It is an unforgettable novel, and leaves the reader in no doubt that Kushner is one of America's greatest living authors. * Daily Telegraph *
One of the greatest novels I have read in years. Her prior novel, The Flamethrowers, was expansive and thrilling, but this is richer and deeper, more ambitious in its moral vision... an exhilarating, always surprising read. * Irish Times *
When I finished reading The Mars Room, I immediately reread it because I didn't want to leave its world... The Mars Room teems with quick and distinctive voices. -- Max Liu * Financial Times *
Cements [Kushner's] status as one of America's finest writers. * Vogue, **Must-Read Books of 2018** *
I've been bowled over by Rachel Kushner's The Mars Room [about life in a women's prison]. It's astounding - very difficult to read but so beautifully done, and with such knowledge, although it doesn't feel like a "researched" book. -- Anne Tyler * Observer *

Rachel Kushner is the author of The Mars Room, which was shortlisted for the 2018 Man Booker Prize. Her previous novels, Telex from Cuba and The Flamethrowers, were both New York Times bestsellers and finalists for the National Book Award. Her fiction has appeared in the New Yorker, Harper's and the Paris Review. She lives in Los Angeles.

GOR009765002
The Mars Room: Shortlisted for the Man Booker Prize 2018 by Rachel Kushner
Rachel Kushner
Used - Very Good
Paperback
Vintage Publishing
2019-03-07
352
0099589966
9780099589969
Short-listed for Man Booker Prize for Fiction 2018 (UK)
Book picture is for illustrative purposes only, actual binding, cover or edition may vary.
This is a used book - there is no escaping the fact it has been read by someone else and it will show signs of wear and previous use. Overall we expect it to be in very good condition, but if you are not entirely satisfied please get in touch with us.