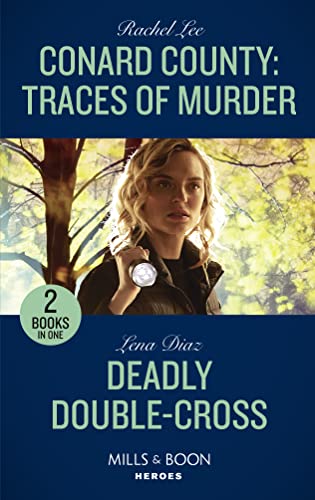 She's about to face a danger she never trained for.

She's about to face a danger she never trained for.

Neither elite soldier Hillary Kristiansen nor US Special Ops member Trace Mullen knew that a trip to the cemetery to mourn their shared friends' deaths would result in an investigation. But as they bond over their grief, they find themselves determined to prove that the deaths were not mere tragedies-they were murders. In the process, they'll expose a cover-up...and fight for their lives when an illicit arms dealer sets his sights on them.

He's used to saving lives - but not his own!

Someone is trying to destroy former chief of police Mason Ford, but he won't go down without a fight. Neither will crime scene analyst Hannah Cantrell, who's convinced Mason's become a target and will do whatever it takes to help him survive. However, that doesn't mean she's ready to risk falling in love with him. Can Mason and Hannah discover the truth before a killer strikes again?

Rachel Lee was hooked on writing by the age of twelve, and practiced her craft as she moved from place to place all over the United States. This New York Times bestselling author now resides in Florida and has the joy of writing full-time. Lena's heart belongs to the rolling hills of her homestate of Kentucky. But you're more likely to see her near the ocean these days in northeast Florida where she resides with her hubby and two children. A former Romance Writers of America's Golden Heart (R) finalist, she's also a four-time winner of the Daphne du Maurier award and a Publisher's Weekly Bestseller. When not writing, she can be found sprucing up her flower beds or planning her next DIY project.
GOR011448996
9780263283372
0263283372
Conard County: Traces Of Murder / Deadly Double-Cross: Conard County: Traces of Murder (Conard County: The Next Generation) / Deadly Double-Cross (The Justice Seekers) (Mills & Boon Heroes) by Rachel Lee
Rachel Lee
Used - Very Good
Paperback
HarperCollins Publishers
20210513
448
null null null null null null null null null null
Book picture is for illustrative purposes only, actual binding, cover or edition may vary.
This is a used book - there is no escaping the fact it has been read by someone else and it will show signs of wear and previous use. Overall we expect it to be in very good condition, but if you are not entirely satisfied please get in touch with us
Trustpilot