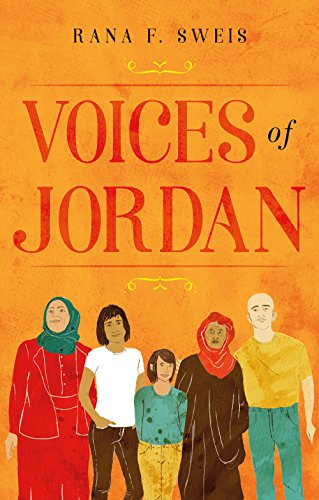 Jordan's diverse socioeconomic make-up encapsulates, like no other Middle Eastern state, both the array of pressing short-term problems facing the region, and the underlying challenges that Arab states will need to face once the current spate of civil conflicts is over: meaningful youth employment, female participation in politics, and integration of refugees into society. This book tells the story of Jordan through the lives of ordinary people, including a political cartoonist, a Syrian refugee, a Jihadist and a female parliamentarian. The raw voices and everyday struggles of these people shine a fresh light on the politics, religion, and society of a culture coming to terms with the harsh reality of modernisation and urbanisation at a time of regional upheaval. With her deep knowledge of Jordan's landscape, language and culture, Rana Sweis sketches an intimate portrait of the intricacies and complexities of life in the Middle East. Rather than focusing on how individuals are affected by events in the region, she reveals a cast of characters shaping their own lives and times. Voices of Jordan shares those stories in all of their rich detail, offering a living, breathing social and political history.

'A delight to read because of the sensitivity, sincerity and pure grace with which Sweis describes the character, lifestyle, dreams and disappointments of those she interviewed.'
'An exquisite mosaic of personal lives, social commentary, political insight, and historical context. Sweis has brought Jordan to life with deep sensitivity and a world-class journalist's penchant for nuance. The result is a true masterpiece of story-telling.' -- Wendy Pearlman, author of 'We Crossed a Bridge and It Trembled: Voices from Syria'
'With the Arab world in turmoil, the testimonies of ordinary men and women are rarely heard. In this beautifully written book, Sweis has given a powerful voice to those people who really matter.' -- Fabian Hamilton MP
'In a sea of books on the Middle East, Voices of Jordan is a rare gem. Sweis builds on a formidable reputation as one of the best international reporters in the Middle East, with the sharpest eye for detail and an instinct for the human stories that really count.' -- Tim Sebastian, television journalist
'To understand a society as rich, complex and important as Jordan's means understanding its people. This enlightening book allows a range of Jordanian voices to express themselves clearly, so that we can truly hear them.' -- Sir Ciaran Devane, Chief Executive of the British Council
'A vivid, varied and revealing portrait of a country often ignored by Western media. All of the Arab world's pressures are here: unemployed youth, religious extremists, Syrian refugees, and a restive population competing to shape the future of Jordan.' -- Deborah Amos, international correspondent for NPR News

Rana F. Sweis is a Jordanian journalist covering political, social and refugee issues in the Middle East, most often for the New York Times. She is also the founder and managing director of Wishbox Media, a provider of media training, research services and creative storytelling packages. She holds an MA from George Washington University's Graduate School of Political Management.