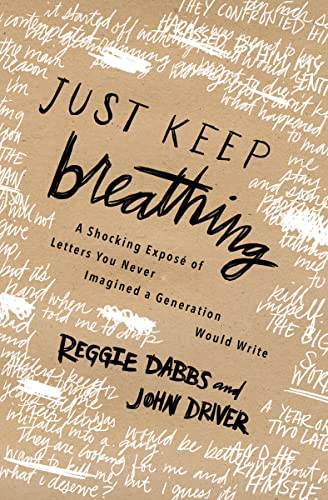 "I get abused and hurt so much, and no one seems to care..."

These are real words written by a real girl. There are thousands more just like her. Her pain is real. Her story is true. But her voice has been hidden... until now.

For those who will dare to listen to the truth, tragedy, and triumph found in the desperate words of a generation eclipsed by the white noise of a culture too busy to care, there are incredible stories to be unearthed. This book is a shocking, inspirational expose of just a few of these stories-hidden in plain sight. It is written in response to thousands of personal letters and messages, both for those in crisis and for those who share that crisis with them everyday. These are the stories, the responses, and ultimately the hope that we all should own for each other.

As one of the most sought-after public speakers in the world, Reggie Dabbs has shared his own incredible story with millions of adults and students each year for the past twenty-five years. Because of social media, many of them share their own stories with him in return. These letters contain their stories with names and details changed to protect their anonymity, having otherwise been kept in their original form. They are followed by Reggie's actual response of hope to that individual. John Driver, MS-a former public secondary educator, as well as a fifteen-year community youth advocate and mentor-adds additional insight and "Breathable Moments" for educators, parents, friends, and family.

Equipping readers to help those in crisis continue breathing another day, Just Keep Breathing provides both the inspiration and the information needed to respond confidently and appropriately-and see those we care about make it to another sunrise.

Reggie Dabbs has been one of the most sought-after public school and event speakers in the United States and the world for more than two decades. From professional athletes and stay-at-home moms to high school students, Reggie relentlessly chases his personal passion around the globe by sharing his own astonishing story of tragedy, redemption, and hope with millions of people each year. An acclaimed saxophonist, Reggie lives with Michelle, his wife of twenty years, and their son Dominic. John Driverhas authored, coauthored, or collaboratively written over a dozen books with authors such as Tim Hawkins (Diary of a Jackwagon),Reggie Dabbs (Reggie and Just Keep Breathing), David Ring (The Boy Born Dead), and Todd Wagner (Come and See). He has also written numerous articles for Relevant Magazine.

GOR008266828
Just Keep Breathing by Reggie Dabbs
Reggie Dabbs
Used - Very Good
Paperback
Thomas Nelson Publishers
2016-02-11
224
0718077199
9780718077198
N/A
Book picture is for illustrative purposes only, actual binding, cover or edition may vary.
This is a used book - there is no escaping the fact it has been read by someone else and it will show signs of wear and previous use. Overall we expect it to be in very good condition, but if you are not entirely satisfied please get in touch with us.