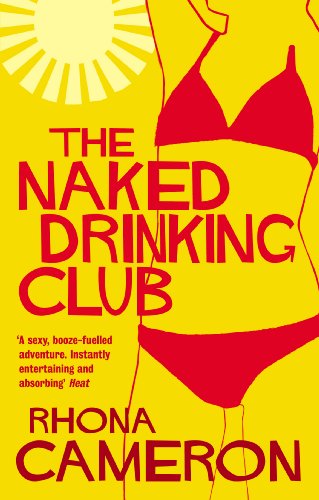 In Stock
£3.99
Rarely having plans of any kind, she gets drunk and things happen: sex, drugs, parties, relationships, and, when she's really pushed, work. Young, beautiful and free, they drink wildly and live for the moment.
Very Good
Only 2 left

'It was dark when I came to. What woke me was the cold and the water on my legs. I was doing spoons with Scotty, me behind him. We were on a beach. We didn't speak for the first minute, we were so disorientated. I had to genuinely think very hard about where I was. Then I remembered I was in Australia.' It's the late eighties and 24-year-old Kerry has been drifting aimlessly through life in Edinburgh. Rarely having plans of any kind, she gets drunk and things happen: sex, drugs, parties, relationships, and, when she's really pushed, work. Setting off on a hastily arranged visit to Australia, Kerry packs only three items of clothing, a pair of flip-flops, two hundred pounds and her young persons' work visa. Soon broke, hungry and homeless, she joins ART, a likeable but mismatched band of travellers who sell dodgy oil paintings door-to-door in the suburbs. Young, beautiful and free, they drink wildly and live for the moment. Embarking on a riotous road trip together, their lives become deeply entangled, and the drinking spirals out of control. Eventually, Kerry is forced to admit that her journey to Australia isn't quite what it seems ...

Rhona Cameron won Channel 4's prestigious 'So You Think You're Funny' award in 1992. A decade of sell-out shows and tours followed. TV credits include Have I Got News For You, Never Mind The Buzzcocks, and Parkinson as well as GaytimeTV. She co-wrote and starred in the BBC2 sitcom, Rhona. Rhona has appeared in The Vagina Monologues in the West End and appeared on the first series of ITV's I'm A Celebrity ... Get Me Out Of Here!

GOR000581539
The Naked Drinking Club by Rhona Cameron
Rhona Cameron
Used - Very Good
Paperback
Ebury Publishing
2008-08-07
368
0091901847
9780091901844
N/A
Book picture is for illustrative purposes only, actual binding, cover or edition may vary.
This is a used book - there is no escaping the fact it has been read by someone else and it will show signs of wear and previous use. Overall we expect it to be in very good condition, but if you are not entirely satisfied please get in touch with us.