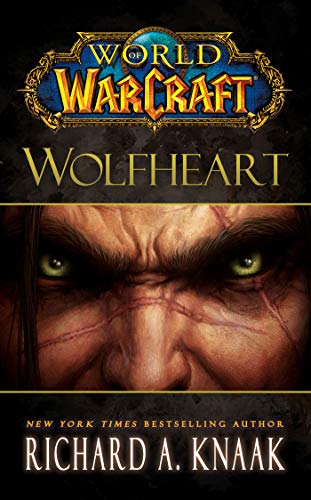 World of Warcraft: Wolfheart
by Richard A. Knaak

World of Warcraft: Wolfheart by Richard A. Knaak

In the wake of the Cataclysm, conflict has engulfed every corner of Azeroth. Hungering for more resources amid the turmoil, the Horde has pressed into Ashenvale to feed its burgeoning war machine.

Unaware of the disaster brewing in Ashenvale, the night elves' legendary leaders High Priestess Tyrande Whisperwind and Archdruid Malfurion Stormrage conduct a summit near Darnassus in order to vote the proud worgen of Gilneas into the Alliance. However, resentment of Gilneas and its ruler, Genn Greymane, runs deep in Stormwind's King Varian Wrynn.

When a murdered Highborne is discovered on the outskirts of Darnassus, Malfurion and Tyrande move to stop further bloodshed and unrest by appointing one of the night elves' most cunning and skilled agents to find the killer: the renowned warden Maiev Shadowsong. Yet with all that is transpiring in Darnassus, the Alliance might be powerless to stop the relentless new warchief Garrosh from seizing the whole of Ashenvale.

About Richard A. Knaak

Richard A. Knaak is the New York Times bestselling author of some three-dozen novels, including the The Sin War trilogy and the Legend of Huma. He has penned the War of the Ancients trilogy and Day of the Dragon and its upcoming follow-up, Night of the Dragon. His other works include his own Dragonrealm series, the Minotaur Wars, the Aquilonia trilogy of the Age of Conan, and the Sunwell Trilogy-the first Warcraft manga. In addition, his novels and short stories have been published worldwide in such diverse places as China, Iceland, the Czech Republic, and Brazil. (c)2012 Blizzard Entertainment, Inc. All Rights Reserved.

GOR007029328
World of Warcraft: Wolfheart by Richard A. Knaak
Richard A. Knaak
Used - Very Good
Paperback
Simon & Schuster
2012-05-29
464
1451605765
9781451605761
N/A
Book picture is for illustrative purposes only, actual binding, cover or edition may vary.
This is a used book - there is no escaping the fact it has been read by someone else and it will show signs of wear and previous use. Overall we expect it to be in very good condition, but if you are not entirely satisfied please get in touch with us.