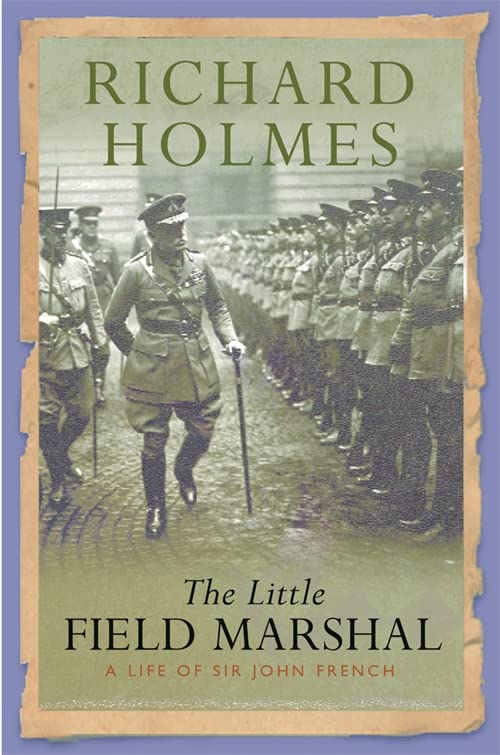 Out of Stock
The definitive biography of Sir John French, by the increasingly famous Richard Holmes.
Very Good
Only 0 left

The Little Field Marshal: A Life of Sir John French by Richard Holmes

The definitive biography of Sir John French, by the increasingly famous Richard Holmes.

Sir John French is a figure who has always aroused controversy. Douglas Haig despised him, while Churchill thought his leadership qualities unsurpassed. Despite being the most capable cavalry leader of his generation, posterity has judged him an unfeeling butcher, responsible for more deaths in the first two hours of the battle of Loos than all the casualties on both sides in the 1944 D-Day landings.

But there was another side to French, which is only revealed in his private papers. If his public life was controversial, his private life was positively scandalous: he courted dismissal after an affair with a fellow officer's wife, and had a string of beautiful and well-connected mistresses. And far from being the unfeeling butcher of popular myth, he was personally tormented by what he termed 'glory and her twin sister murder'. The lengthening casualty lists on the Western Front filled him with despair, as he envisaged his room at GHQ filled with the 'silent army' of the dead.

Richard Holmes is Professor of Military and Security Studies at Cranfield University and the Royal Military College of Science. For many years he taught military history at the Royal Military Academy Sandhurst before leaving for a spell of full-time military service. His books include The Little Field Marshal: Sir John French; Firing Line; The Road to Sedan; Riding the Retreat; Redcoat; and Wellington: The Iron Duke. He has presented several BBC TV series, including War Walks and The Western Front, and wrote the accompanying books. He enlisted into the Territorial Army in 1965 and rose to the rank of brigadier. He was the first reservist to hold the post of Director of Reserve Forces and Cadets in the Ministry of Defence, retiring in 2000.

GOR001014902
The Little Field Marshal: A Life of Sir John French by Richard Holmes
Richard Holmes
Used - Very Good
Paperback
Orion Publishing Co
2005-07-14
464
0304367028
9780304367023
N/A
Book picture is for illustrative purposes only, actual binding, cover or edition may vary.
This is a used book - there is no escaping the fact it has been read by someone else and it will show signs of wear and previous use. Overall we expect it to be in very good condition, but if you are not entirely satisfied please get in touch with us.