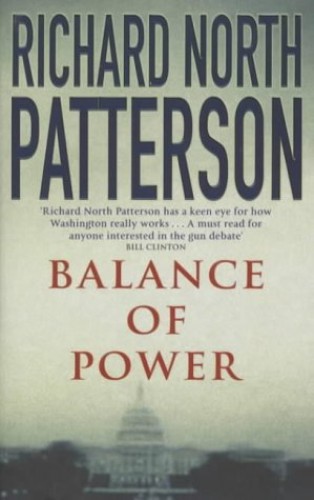 In Stock
£4.49
From the courtrooms to the White House, an epic novel which confronts the terrible toll of gun violence so prevalent throughout the US, and now in the UK
Very Good Good
8 in stock

Five months into his term, President Kilcannon and his fiancee, television journalist Lara Costello, have decided to marry. But the occasion is followed by a terrible tragedy: a massacre of innocents in a lethal burst of gunfire. It is a shattering event that consumes Kilcannon and his wife, challenging both their marriage, and his Presidency in such a personal way that Kilcannon vows to eradicate gun violence throughout the US.

In a high-stakes game of politics and legal manoeuvring where ideals collide in the Senate, the courtroom and across the country, President Kilcannon is determined to win at any cost. But in the clash over gun rights and violence, the cost to both Kilcannons may be even higher than the President imagined.

'Patterson has the rare gift of enthralling as he informs' Mark Lawson, The Guardian

"A rip-roaring novel about guns, lawyers, and politics . . . This is a great read by a masterful writer."--SENATOR EDWARD M. KENNEDY "ALWAYS KEEPS YOU ON THE EDGE OF YOUR SEAT. Patterson has the rare gift of enthralling as he informs."--"The Guardian" (London) "REVEALING . . . WILL LEAVE YOU LOBBYING FOR MORE."--"Entertainment Weekly ""PATTERSON TURNS UP THE HEAT."--"The Dallas Morning News ""A MUST READ."--FORMER PRESIDENT BILL CLINTON "THOUGHT-PROVOKING . . . [Patterson's] passion for politics, public discussion, and gun control are infectious and admirable."--"USA Today" "[A] SPELLBINDING NOVEL . . . Patterson's extensive research, plot skills, and ability to create engaging, authentic dialogue set his writing apart. . . . believable and eloquent."--Associated Press ""Balance of Power" is a compelling story, fully worthy of Richard North Patterson, which is made even more intriguing by its detailed insight into the world of special-interests politics in Washington, D.C."--SCOTT TUROW "A masterpiece . . . From the first page, President Kilcannon faces plot twists that challenge his resourcefulness and moral character."--"The Tulsa World ""Compulsive reading . . . An engrossing blend of courtroom and political drama."--"The London Times""IMPORTANT READING, EVEN ESSENTIAL . . . Patterson masterfully touches all the right historical reference points to lure us into his story. . . . The image of the gun--and what to do about it as a society--linger long after the covers close."--"Ft. Myers News Press ""Patterson has done his homework, and "Balance of Power" presents a clear picture of the argumentsand political realities on both sides of the debate."--"The Denver Post ""A powerful, in your face, condemnation of the American political system that abets gun violence . . . Patterson makes no apologies as he denounces a system in which money buys Congressional votes [and] ethics mean nothing."--"The Midwest Book Review ""A harsh, persuasive indictment of the politics that breeds gun violence in America . . . bare-knuckle, page-turning, political infighting. For ordinary folk, it's good stuff. For political junkies, think Harry Potter."--"Kirkus Reviews" (starred review) "One of [Patterson's] best . . . Fascinating . . . A thoughtful exposition of an important issue . . . ["Balance of Power"] will entertain, challenge, inform--and, just maybe, open a few minds."--"Times Dispatch" (Richmond, VA) ""Balance of Power" and "Protect and Defend "stand as a remarkable project in popular fiction: an extension of the genre of the legal thriller to explore the morality and strategies of U.S.'s greatest civic controversies."--"The" "Guardian" (London)

Richard North Patterson's eleven previous novels include seven consecutive international bestsellers (among them NO SAFE PLACE, DEGREE OF GUILT and DARK LADY- Random House). Formerly a trial lawyer in Washington and San Francisco, he now lives with his wife and their family in San Francisco and on Martha's Vineyard.

GOR000528198
Balance of Power by Richard North Patterson
Richard North Patterson
Used - Very Good
Paperback
Pan Macmillan
2004-07-24
816
0330490834
9780330490832
N/A
Book picture is for illustrative purposes only, actual binding, cover or edition may vary.
This is a used book - there is no escaping the fact it has been read by someone else and it will show signs of wear and previous use. Overall we expect it to be in very good condition, but if you are not entirely satisfied please get in touch with us.