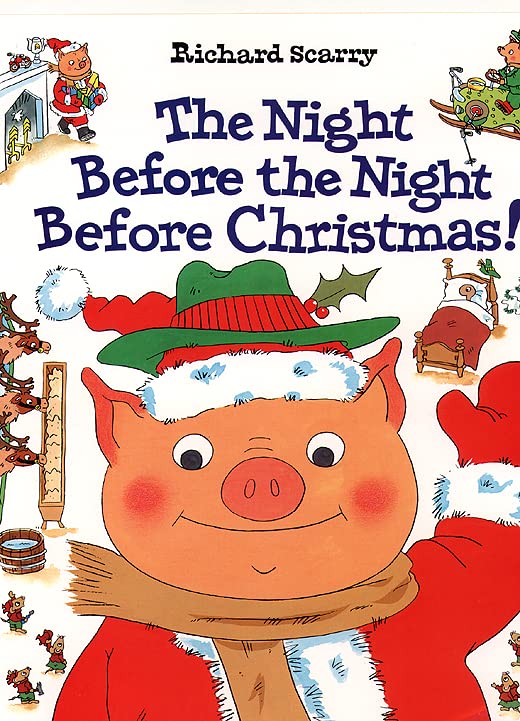 It's nearly time for Christmas in Richard Scarry's Busytown, but all is not well...

Having set off to the North Pole to give Santa a hand in the run-up to Christmas, Mr Frumble accidentally leads him into believing that Christmas has come a day early. When Santa gets stuck in a chimney and the real night before Christmas arrives, it's down to Mr Frumble to save the day and deliver all the presents to the people of Busytown. Can Busytown's clumsiest citizen get the job done, or will his efforts end in disaster?

Filled with the humorous and detailed art that has enchanted generations of children, this book is the perfect Christmas gift for boys girls, and Scarry fans of all ages!

Richard Scarry was born in Boston, America in 1919. He began to contribute pictures to children's books after war service in North Africa and the Mediterranean. His many picture books include a `Tinker and Tanker' series and collections of nursery rhymes.

GOR000960822
The Night Before The Night Before Christmas by Richard Scarry
Richard Scarry
Used - Very Good
Hardback
HarperCollins Publishers
1999-11-01
48
0001983849
9780001983847
N/A
Book picture is for illustrative purposes only, actual binding, cover or edition may vary.
This is a used book - there is no escaping the fact it has been read by someone else and it will show signs of wear and previous use. Overall we expect it to be in very good condition, but if you are not entirely satisfied please get in touch with us.