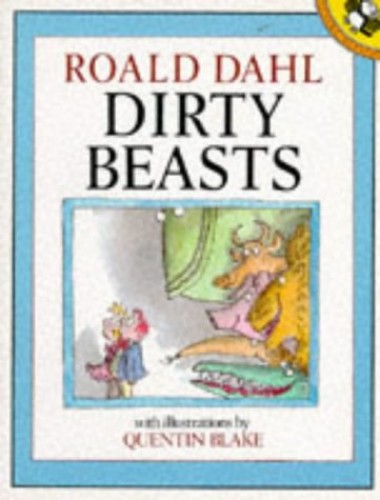 In Stock
£3.99
Roald Dahl has created a ghastly menagerie of dirty beasts - all doing the most extraordinary and unmentionable things, in irreverent and absurdly comic verse. The author also wrote "Revolting Rhymes".
Very Good Good
18 in stock

GOR000515633
Dirty Beasts by Roald Dahl
Roald Dahl
Picture Puffin S.
Used - Very Good
Paperback
Penguin Books Ltd
1986-03-27
32
0140504354
9780140504354
N/A
Book picture is for illustrative purposes only, actual binding, cover or edition may vary.
This is a used book - there is no escaping the fact it has been read by someone else and it will show signs of wear and previous use. Overall we expect it to be in very good condition, but if you are not entirely satisfied please get in touch with us.