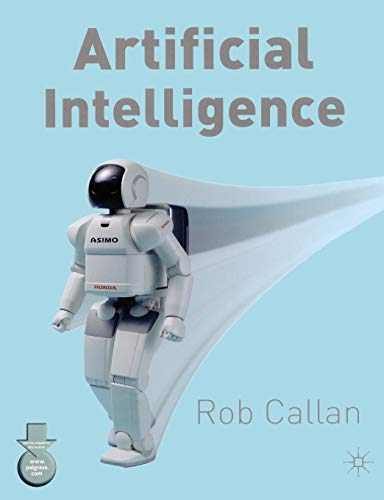 In Stock
£47.99
This project is a modern introduction to AI suitable for both students and those wishing to gain a practical understanding of AI for use in their work.
Very Good
Only 2 left

This project is a modern introduction to AI suitable for both students and those wishing to gain a practical understanding of AI for use in their work. It describes the background history to AI, clarifies what the goals of AI are, and assesses current technology.

There has been significant growth in real-world applications in recent years, e.g. detection of credit card fraud, building robots for industrial tasks and entertainment, securing networks from hackers, making characters in computer games behave more human like. This book introduces the techniques used in these real-world applications.

All chapters include a range of exercises and suggested project work. Website support and an on-line solutions manual will also be available.

'As the field of research that defines mans attempt to mechanise human reasoning processes has evolved, matured and expanded over the latter half of the 20th century, the corpus of work that seek to define the subject has literally exploded. Yet at the start of the new millennia Callan's scholarship in Artificial Intelligence stands apart from its competitors - both in terms of the breadth of his scope and the clarity of his exposition. The text not only offers a comprehensive survey of the significant themes of AI, together with example application areas, but refreshingly also discusses the fundamental philosophical issues currently challenging the subject. In summary, Artificial Intelligence is quite simply the best general introduction to the subject available.' - Dr Mark Bishop, Department of Cybernetics, University of Reading

GOR003650887
Artificial Intelligence by Rob Callan
Rob Callan
Used - Very Good
Paperback
Palgrave Macmillan
2003-05-08
508
0333801369
9780333801369
N/A
Book picture is for illustrative purposes only, actual binding, cover or edition may vary.
This is a used book - there is no escaping the fact it has been read by someone else and it will show signs of wear and previous use. Overall we expect it to be in very good condition, but if you are not entirely satisfied please get in touch with us.