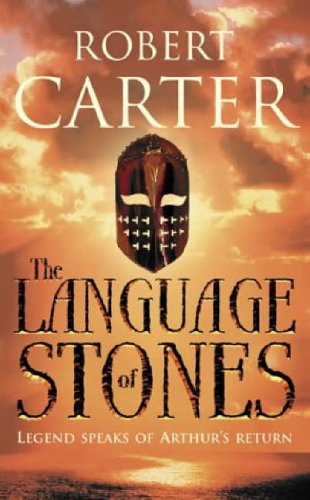 The Language of Stones
by Robert Carter

A rich and evocative tale set in a mythic 15th century Britain, to rival the work of Bernard Cornwell.

The Language of Stones Summary

The Language of Stones by Robert Carter

A rich and evocative tale set in a mythic 15th century Britain, to rival the work of Bernard Cornwell.

The Realm is poised for war. Its weak king - Hal, grandson of a usurper - is dominated by his beautiful wife and her lover. Against them stands Duke Richard of Ebor and his allies. The two sides are set on a bloody collision course...

Gwydion is watching over the Realm. He has walked the land since before the time of the druids, since before the Slavers came to subdue the people. Gwydion was here when Arthur rode to war: then they called him 'Merlyn'. But for his young apprentice, Willand, a fearsome lesson in the ways of men and power lies ahead.

The Realm is an England that is still-magical. Legendary beasts still populate its by-ways. It is a land criss-crossed by lines of power upon which standing stones have been set as a secret protection against invasion. But the power of the array was broken by the Slavers who laid straight roads across the land and built walled cities of shattered stone.

A thousand years have passed since then, and those roads and walls have fallen into decay. The dangerous stones are awakening, and their unruly influence is calling men to battle. Unless Gwydion and Will can unearth them, the Realm will be plunged into a disastrous civil war. But there are many enemies ranged against them: men, monsters and a sorcerer who is as powerful as Gwydion himself.

The Language of Stones Reviews

`Full of charm and the magic of landscape ... an enjoyable read' Amazon

`Carter's prose is smooth, and he has a real feel for the countryside. His plot keeps the pages turning' Starburst

Robert Carter was born exactly five hundred years after the first battle of the Wars of the Roses. He was brought up in the Midlands and later on the shores of the Irish Sea where his forebears hail from. He was variously educated in Britain, Australia and the United States, then worked for some years in the Middle East and remote parts of Africa. He travelled widely in the East, before joining the BBC in London in 1982. His interests have included astronomy, pole-arm fighting, canals, collecting armour, steam engines, composing music and enjoying the English countryside, and he has always maintained a keen interest in history. Today he lives in a 'village' that only sounds rural - Shepherd's Bush.

GOR000997617
The Language of Stones by Robert Carter
Robert Carter
Used - Very Good
Paperback
HarperCollins Publishers
2005-03-30
592
0007165048
9780007165049
N/A
Book picture is for illustrative purposes only, actual binding, cover or edition may vary.
This is a used book - there is no escaping the fact it has been read by someone else and it will show signs of wear and previous use. Overall we expect it to be in very good condition, but if you are not entirely satisfied please get in touch with us.