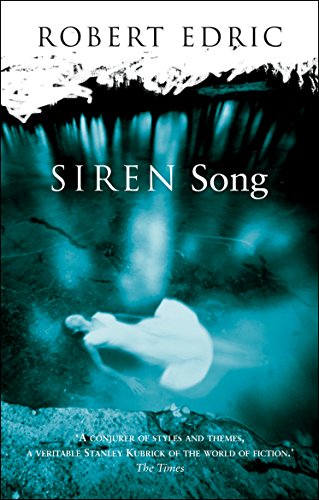 In Stock
£4.49
When the luxury yacht Helen Brooks was last seen on is found abandoned amid the treacherous marshlands of the Humber Estuary, foul play is suspected.
Very Good Good
Only 1 left

When the luxury yacht Helen Brooks was last seen on is found abandoned amid the treacherous marshlands of the Humber Estuary, foul play is suspected. However, in the absence of a body, nothing can be proven. The owner of the yacht, ambitious businessman Simon Fowler, seems unprepared even to offer any sort of explanation as to what Helen was doing on board. A year later, Hull private investigator Leo Rivers is approached by Alison Brooks, Helen's mother, to investigate both the background to this disappearance and Fowler. Rivers is drawn through a long, hot summer into a world of human trafficking and governmental corruption at every turn. In the stifling heat there are many questions and few people prepared to offer adequate answers. Each unravelled piece of the mystery moves Rivers further from the vanished girl and deeper into a web of exploitation, greed, temptation, revenge and violence, from which even he is unable to extricate himself without unforeseen and tragic consequences...

"'In this superior, self-deprecating thriller, the workings of the plot are secondary to the elegiac realism of the story'" * Daily Telegraph *
"'Edric is a terrific storyteller but he also provides a pretty accurate picture of modern-day crime and the way that it affects so many people. Impressive stuff'" * Observer *
"'Edric keeps his readers - and Rivers - dangling on a tangled string'" * Scotsman *
"'Edric shows his mastery over the complexities of a crime thriller ... Classic whodunit territory and lovers of the genre will find Siren Song right up their street'" * Yorkshire Evening Post *

Robert Edric was born in 1956. His novels include Winter Garden (1985 James Tait Black Prize winner), A New Ice Age (1986 runner-up for the Guardian Fiction Prize), A Lunar Eclipse, The Earth Made of Glass, Elysium, In Desolate Heaven, The Sword Cabinet, The Book of the Heathen (shortlisted for the 2001 WH Smith Literary Award) and Peacetime (longlisted for the Booker Prize 2002). Cradle Song and Siren Song are the first two books in the Song Cycle Trilogy, the final book, Swan Song, is now available from Doubleday.

GOR001189812
Siren Song by Robert Edric
Robert Edric
The Song Cycle
Used - Very Good
Paperback
Transworld Publishers Ltd
2005-06-01
528
0552771430
9780552771436
N/A
Book picture is for illustrative purposes only, actual binding, cover or edition may vary.
This is a used book - there is no escaping the fact it has been read by someone else and it will show signs of wear and previous use. Overall we expect it to be in very good condition, but if you are not entirely satisfied please get in touch with us.