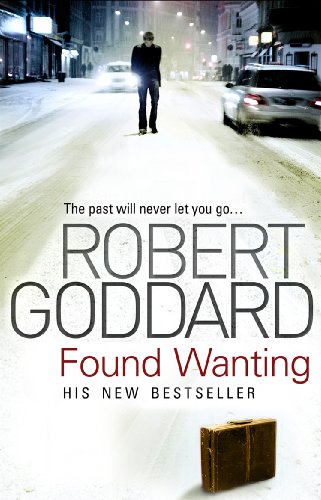 In Stock
£4.49
The car jolts to a halt at the pavement's edge, the driver waving through the windscreen to attract Richard's attention.
Very Good
9 in stock

The car jolts to a halt at the pavement's edge, the driver waving through the windscreen to attract Richard's attention. He starts with astonishment. The driver is Gemma, his ex-wife. He has not seen or spoken to her for several years. They have, she memorably assured him the last time they met, nothing to say to each other. But something has changed her mind - something urgent... Immediately Richard is catapulted into a breathless race against time that takes him from London, across northern Europe and into the heart of a mystery that reaches back into history - the fate of Anastasia, youngest daughter of Tsar Nicholas II, the last of the Romanovs. From that moment, Richard's life will be changed for ever in ways he could never have imagined...

"Sure to have the reader unable to leave the armchair until every page has been turned. A fantastically engaging read" * Waterstones Books Quarterly *
"Goddard writes and plots with accurate, correct precision; you feel he knows every setting and was witness to every scene" * Literary Review *
"Fast-paced and full of twists, it's an involving page-turner" * Choice *
"Robert Goddard is the master of mystery, and in his latest novel he proves just how good he is at getting a reader hooked... This is Goddard at his best and will keep his legions of fans happy and eager for more" * Peterborough Evening Telegraph *
"This is pulse-racing stuff, delivered with all the panache that we have come to expect from Goddard" * Good Book Guide *

Robert Goddard's first novel, Past Caring, was an instant bestseller. Since then, his books have captivated readers worldwide with their edge-of-the-seat pace and their labyrinthine plotting. He has won awards in the UK, the US and acrossEurope and his books have been translated into over thirty languages. In 2019, he won the Crime Writers' Association's highest accolade, the Diamond Dagger, for a lifetime achievement in Crime Writing.

GOR001207598
Found Wanting by Robert Goddard
Robert Goddard
Used - Very Good
Paperback
Transworld Publishers Ltd
2009-09-25
480
0552159859
9780552159852
N/A
Book picture is for illustrative purposes only, actual binding, cover or edition may vary.
This is a used book - there is no escaping the fact it has been read by someone else and it will show signs of wear and previous use. Overall we expect it to be in very good condition, but if you are not entirely satisfied please get in touch with us.