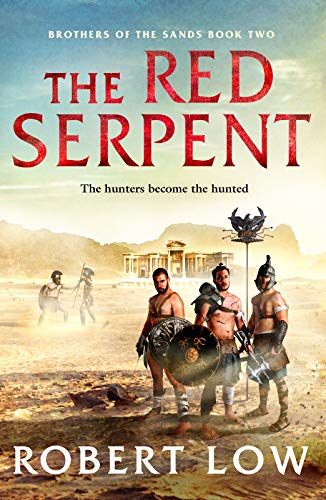 The Red Serpent by Robert Low

The Red Serpent by Robert Low

It's a mad and violent world. They must be equal to it.

Drawn to the Syrian frontier at the edge of the Roman world, they are presented with a mysterious riddle from old companions. In the scorching heat, schemes and rumours breed like flies on a corpse.

To survive a deadly plot, Drust and his men must face all challengers along with Mother Nature's rage.

'A master of the storyteller's art' S. J. A. Turney, author of the Knights Templar series

Robert Low is a Scottish journalist and historical novelist, with series based on the Vikings, and the early days of Scotland. He was also a war correspondent, reporting from Sarajevo, Romania, Kosovo, and Vietnam. He is now a full time fiction author.
GOR010573885
9781788637688
1788637682
The Red Serpent by Robert Low
Robert Low
Brothers Of The Sands
Used - Very Good
Paperback
Canelo
2020-01-23
384
N/A
Book picture is for illustrative purposes only, actual binding, cover or edition may vary.
This is a used book - there is no escaping the fact it has been read by someone else and it will show signs of wear and previous use. Overall we expect it to be in very good condition, but if you are not entirely satisfied please get in touch with us
Trustpilot