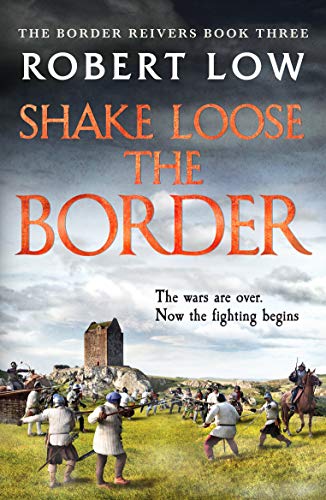 The war is coming to an end... Now the fighting can really start. The thrilling conclusion to Robert Low's epic and savage Border Reivers Trilogy

It is 1548, and the war with the English is winding down. But in the savage heart of the Borders, peace is far from secured.

One-armed Batty Coalhouse, bounty hunter, explosives specialist, border wanderer, is doing what he usually does: ripping the enemy apart. But then he's sent on an unusual errand.

An old friend has been taken to Berwick, England's northernmost point. Batty needs to get him back. Nothing is ever simple on the Border, and soon Batty is fighting enemies old and new. But in this blood-soaked world, it's not just your enemies you need to worry about...

An unforgettable novel from a unique historical imagination, Shake Loose The Border will blow you away.

Robert Low is a Scottish journalist and historical novelist, with novels based on the Viking Age, the early days of Scotland and the Roman Empire. He was war correspondent in Vietnam and also several other locations, including Sarajevo, Romania and Kosovo. Now he writes novels full time. He's also a historical reenactor performing with the Scotland-based group, the Vikings.