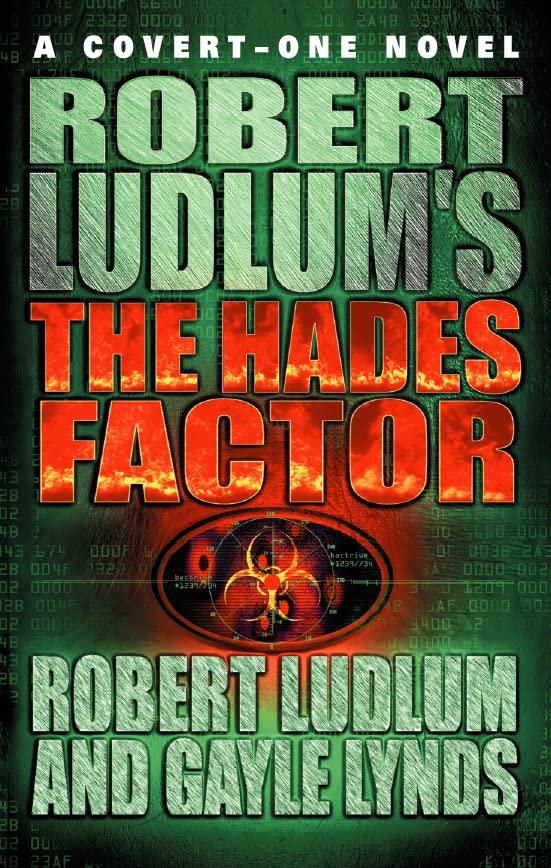 Hades - that ancient place of Greek mythology we now call Hell - is the name of a seemingly unbeatable doomsday virus. For three frantic days, scientists in a US government laboratory have been trying to unlock the virus's secrets as people across the continent die in excruciating agony. Meanwhile, Lt. Col. Jonathan `Jon' Smith, MD, is summoned to a clandestine meeting in the dark of night in a Washington DC park with his oldest friend, an FBI agent. Suddenly attacked, Smith escapes home to find the woman he loves is dying of the virus.

Smith is a surgeon and career soldier with intelligence training. Assigned to the army's high security Hot Zone infectious diseases institute at Fort Detrick, Maryland, he quickly uncovers evidence that his lover's death was no accident. Everywhere he turns for information, Smith is stopped by forces he can't see or name. Convinced she was murdered, he turns rogue to find the killer. Joining forces with a beautiful CIA agent, he uncovers a horrifying plot to infect millions with a deadly pandemic.

From London to California, Washington to Iraq, Smith risks everything against a powerful corporation, high officers in government and the US army, and a determined genius out to destroy them at any cost while the world is held to ransom for billions of dollars.

`A writer who bests the bestsellers.'
Daily Telegraph

`An ingenious storyteller with a wonderful and convincing imagination.'
Mario Puzo, author of The Godfather

`Stuffs more surprises into his novels than any other six-pack of thriller writers combined.'
New York Times

Robert Ludlum is a former actor and theatrical producer. At forty he decided to change careers and try his hand at writing. He is published in 40 countries and 32 languages, and has sold over 220 million copies of his novels worldwide.

GOR001191634
Robert Ludlum's The Hades Factor by Robert Ludlum
Robert Ludlum
Used - Very Good
Hardback
HarperCollins Publishers
2000-08-21
448
0007101651
9780007101658
N/A
Book picture is for illustrative purposes only, actual binding, cover or edition may vary.
This is a used book - there is no escaping the fact it has been read by someone else and it will show signs of wear and previous use. Overall we expect it to be in very good condition, but if you are not entirely satisfied please get in touch with us.