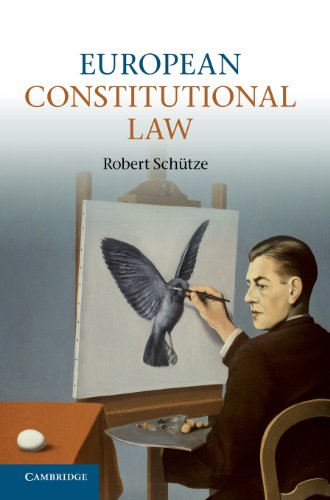 Out of Stock
£4.49
This textbook offers a coherent and scholarly analysis presented within a clear structure. It examines the European Union from a classic constitutional perspective. The book covers all the central themes of the course - the history and structure of the European Union, its powers and procedures, and its rights and remedies.
Good
Only 0 left

The European Union has existed for over half a century. Having started as the 'Europe of the Six' in a specific industrial sector, the Union today has twenty-seven Member States and acts within almost all areas of social life. The Union's constitutional structures have evolved in parallel with this immense growth. Born as an international organisation, the Union has developed into a constitutional Union of States. This textbook analyses the constitutional law of the European Union after Lisbon in a clear and structured way. Examining the EU through a classic constitutional perspective, it explores all the central themes of the course: from the history and structure of the Union, the powers and procedures of its branches of government, to the rights and remedies of European citizens. A clear three-part structure and numerous illustrations will facilitate understanding. Critical and comprehensive, this is required reading for all students of European constitutional law.

'Exhaustive in scope and innovative in structure and approach, this new book will be essential reading for anyone interested in the constitutional development of the European Union.' Anthony Arnull, University of Birmingham
'This is a very welcome and timely addition to the EU literature. Schutze provides a solid, thorough, and engaging analysis of all aspects of EU constitutional law combining theoretical discourse with a clear and close analysis of the case law.' Takis Tridimas, Queen Mary, University of London

Robert Schutze is a Reader in Law at Durham University.

GOR008313667
European Constitutional Law by Robert Schutze
Robert Schutze
Used - Good
Hardback
Cambridge University Press
2012-04-05
540
0521504902
9780521504904
N/A
Book picture is for illustrative purposes only, actual binding, cover or edition may vary.
The book has been read but remains in clean condition. All pages are intact and the cover is intact. Some minor wear to the spine.