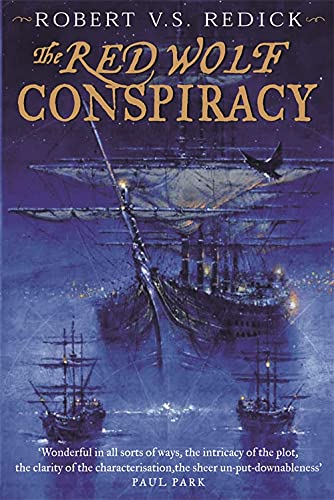 In Stock
£4.99
A wonderully exciting debut fantasy that recalls both Philip Pullman and Scott Lynch.
Very Good
Only 1 left

The Chathrand - The Great Ship, The Wind-Palace, His Supremacy's First Fancy - is the last of her kind - built 600 years ago she dwarves all the ships around her. The secrets of her construction are long lost. She was the pride of the Empire. The natural choice for the great diplomatic voyage to seal the peace with the last of the Emperor's last enemies.

700 souls boarded her. Her sadistic Captain Nilus Rose, the Emperor's Ambassador and Thasha, the daughter he plans to marry off to seal the treaty, a spy master and six assassins, one hunderd imperial marines, Pazel the tarboy gifted and cursed by his mother's spell and a small band of Ixchel. The Ixchel sneaked aboard and now hide below decks amongst the rats. Intent on their own mission.

But there is treachery afoot. Behind the plans for peace lies the shadow of war and the fear that a dead king might live again. And now the Chathrand, having survived countless battles and centuries of typhoons has gone missing.

This is her story.

Robert V.S. Redick is in his thirties and works as the editor for the Spanish and French websites of Oxfam America and as an instructor in the International Development and Social Change program at Clark University. Born and raised in Charlottesville, Virginia, he lives in rural western Massachusetts. While his unpublished novel CONQUISTADORS was a finalist for the 2002 AWP/THOMAS DUNNE NOVEL AWARD (under the title WILDERNESS) this is his first published work.

GOR001411486
The Red Wolf Conspiracy: The Chathrand Voyage by Robert V. S. Redick
Robert V. S. Redick
Used - Very Good
Paperback
Orion Publishing Co
2009-05-14
496
0575081783
9780575081789
N/A
Book picture is for illustrative purposes only, actual binding, cover or edition may vary.
This is a used book - there is no escaping the fact it has been read by someone else and it will show signs of wear and previous use. Overall we expect it to be in very good condition, but if you are not entirely satisfied please get in touch with us.