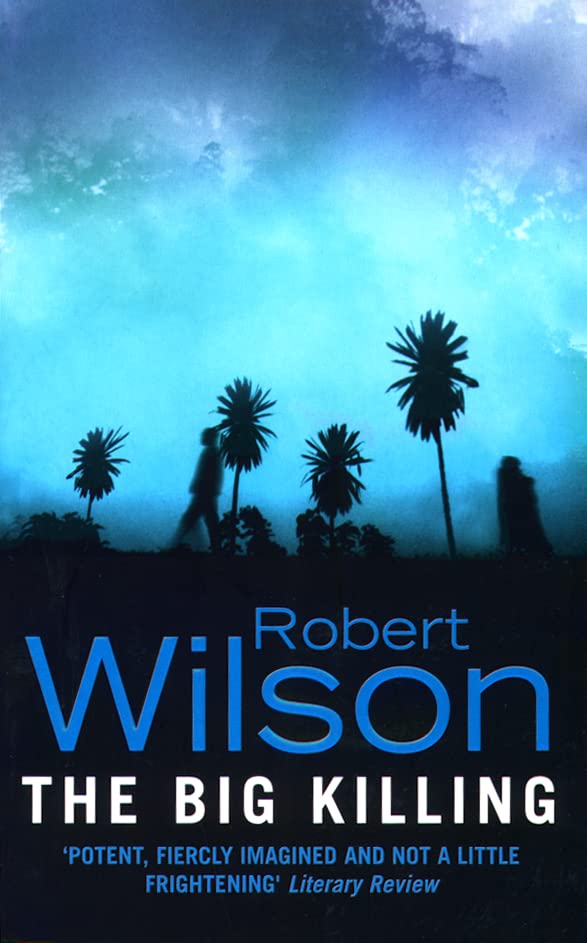 The Big Killing
by Robert Wilson

An evocative and atmospheric thriller set along the part of the African coast they used to call the White Man's Grave, The Big Killing is the second novel to feature Bruce Medway

The Big Killing by Robert Wilson

An evocative and atmospheric thriller set along the part of the African coast they used to call the White Man's Grave, The Big Killing is the second novel to feature Bruce Medway

All this could be the answer to his cashflow crisis, but when the video delivery leads to a shootout and the discovery of a mutilated body, Medway is more inclined to retreat to his bolthole in Benin - especially as the manner of the victim's death is too similar to a current notorious political murder for comfort.

His obligations, though, keep him fixed in the Ivory Coast and he is soon caught up in a terrifying cycle of violence. But does it stem from the political upheavals in nearby Liberia, or from the cutthroat business of the diamonds? Unless Medway can get to the bottom of the mystery, he knows that for the savage killer out there in the African night, he is the next target...

`If I come across as original and blackly funny a thriller again this year, I'll feel myself double blest' Irish Times

`First in a field of one' Literary Review

Robert Wilson spent several years in West Africa and draws on this experience for his Bruce Medway novels. He and his wife now live in Portugal.

GOR001177069
The Big Killing by Robert Wilson
Robert Wilson
Used - Very Good
Paperback
HarperCollins Publishers
1997-01-20
400
0006479863
9780006479864
N/A
Book picture is for illustrative purposes only, actual binding, cover or edition may vary.
This is a used book - there is no escaping the fact it has been read by someone else and it will show signs of wear and previous use. Overall we expect it to be in very good condition, but if you are not entirely satisfied please get in touch with us.