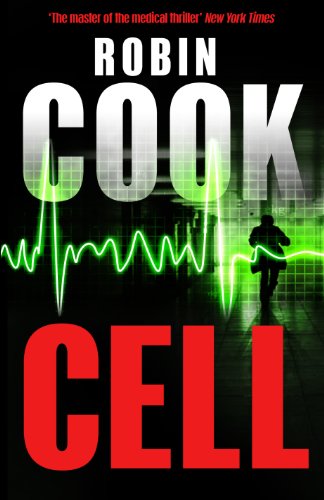 In Stock
£3.59
'The master of the medical thriller' New York Times
Very Good
Only 2 left

Cell is an unnervingly plausible medical thriller from the master of the genre, Robin Cook.

George Wilson, M.D., a radiology resident in Los Angeles, is about to enter a profession on the brink of an enormous paradigm shift, foreshadowing a vastly different role for doctors everywhere. A new smartphone app, iDoc, is being developed that is far more than a mere reference tool, rather it is a fully customizable personal physician capable of diagnosing and treating patients more efficiently than the real thing.

George's initial collision with this incredible innovation is devastating. He awakens one morning to find his fiancee dead in bed alongside him, not long after she participated in an iDoc beta test. Then several of his patients die after undergoing imaging procedures. All of them had been part of the same beta test.

Is it possible that iDoc is being subverted by hackers - and that the US government is involved in a cover-up? Despite threats to both his career and his freedom, George relentlessly seeks the truth, knowing that if he's right, the consequences could be lethal.

"'The master of the medical thriller' (New York Times)"

GOR005590836
Cell by Robin Cook
Robin Cook
Used - Very Good
Paperback
Pan Macmillan
2014-01-01
400
023076939X
9780230769397
N/A
Book picture is for illustrative purposes only, actual binding, cover or edition may vary.
This is a used book - there is no escaping the fact it has been read by someone else and it will show signs of wear and previous use. Overall we expect it to be in very good condition, but if you are not entirely satisfied please get in touch with us.