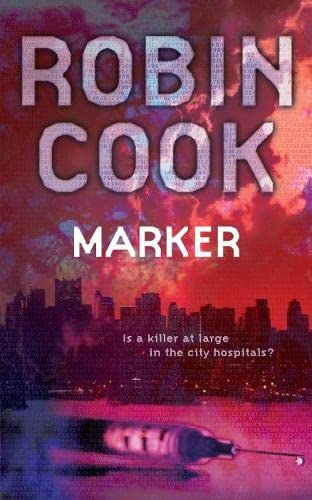 In Stock
£9.99
The master of the medical thriller returns with his most heart-pounding tale yet.
Very Good Good
Only 2 left

Marker is a fast paced medical thriller from the master of the genre, Robin Cook.

Confronted with a series of puzzling deaths of young, healthy patients after routine treatment, medical examiners Dr. Laurie Montgomery and Dr. Jack Stapleton begin to investigate. Up against resistance from her superiors, and also coping with a personal life that continues to fragment, precipitated by Jack's inability to commit to their relationship, Laurie's need for answers becomes even more urgent. Could all these deaths be intentional? With time winding down, she and Jack embark on a race to connect the dots.

GOR001068341
Marker by Robin Cook
Robin Cook
Jack Stapleton and Laurie Montgomery
Used - Very Good
Paperback
Pan Macmillan
2006-10-06
608
0330483072
9780330483070
N/A
Book picture is for illustrative purposes only, actual binding, cover or edition may vary.
This is a used book - there is no escaping the fact it has been read by someone else and it will show signs of wear and previous use. Overall we expect it to be in very good condition, but if you are not entirely satisfied please get in touch with us.